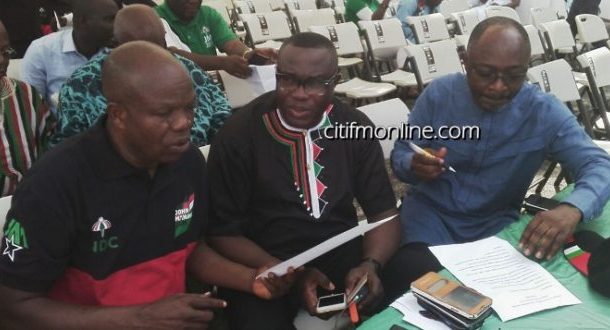 The man who was at the center of the Ghc51.2 million judgement debt, Alfred Agbesi Woyome, was today [Sunday], spotted at the inauguration of the governing National Democratic Congress’ (NDC) Volta Regional campaign task-force in Ho. The task-force, which is being led by the party’s Director of International Relations, Kofi Attoh, is aimed at championing the NDC’s campaign in the region.

Mr. Woyome, who’s a known financier of the NDC, was on March 10, 2016, cleared by the Court of Appeal of any criminal offence in the payment of the money. Some eleven executives of the party in the region had earlier threatened to boycott the inauguration on Friday over claims of sabotage in the formation of the task-force. However, Citi News has gathered that the impasse among the executives has been resolved amicably as they aggrieved persons attended the inauguration.

Volta Region has been described as the “world bank” of the NDC. The party had earlier launched agenda one million votes in the region geared towards widening the winning vote gap for President John Mahama in the upcoming December 7 polls. The party, during the inauguration, also commissioned a new regional office at Ho.