19 Foreplay tips to please her in bed 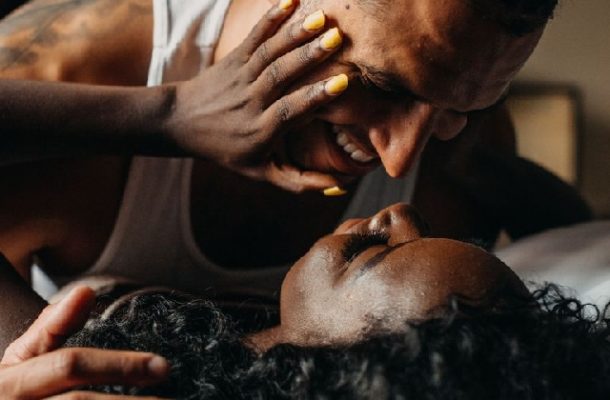 Foreplay, the vital entr'acte to intercourse, is the best warm-up of all the warm-ups.

You jog a little before you run to warm-up. It's fine, but it doesn't heat up your partner for sex.

You do some air squats before your Crossfit WOD.

That might fire up your muscles, but it won't put your wife on the brink of orgasm.

You warm up your grill before you throw the steak on. It gives the meat a nice sear, but that sizzle is only half as enticing as her heavy breathing after some heavy petting.

Foreplay gets her there.

The rubbing, touching, kissing, and talking before sex that is foreplay is as vital to good sex as actual intercourse itself.

It helps relax both of you, get you in the mood, boosts your libidos, and gets the blood flowing to the requisite erogenous zones that light up before and during sex.

Do it right, and you'll prime your partner for an incredible orgasm.

So, like a light jog is integrated into your run or heating up the grill is part of the cooking process, foreplay needs to be an integrated part of your sex life.

That's why we asked sex and relationship experts for their best advice and foreplay tips for making the most of perhaps the most important part of sex.

Sex therapists and psychiatrists offered their foreplay wisdom that helps women get turned on for sex, and bring you closer in the process.

Try one, or two, or all of the foreplay tips below the next time you start fooling around.

The time spent focusing on her body and feeling before penetration pays dividends in her pleasure, and yours, once the big final act happens.

1) Sext throughout the day

Foreplay doesn’t simply start in the bedroom. It can start from the moment you wake up. Little texts like “Can’t wait to get naked with you tonight” can get your partner excited before you even set foot in the same room. If sending nudes is something that turns your partner on, go ahead and swap some sexy photos with one another. Then you can text what you want and plan to do to her naked body.

Foreplay is a marathon, not a sprint. You’re in no rush to finish it. (Though if you are pressed for time, here are the best sex position for quickies.) Instead of quickly stripping down, start by taking off her shirt. Wait a few minutes before you take off her pants, then her bra, and so on. You can then focus on that newly revealed body part. So after taking off her pants, massage her legs. Once the bra is gone, you can lick and gently suck on her nipples.

3) Give her a striptease

In a similar vein, go ahead and give her a little striptease. (If you need inspiration, you can always check out the SNL skit with Chris Farley and Patrick Swayze auditioning to be Chip ‘n’ Dale dancers.) If you dance poorly, at least you come off as endearing and funny, but if you do in fact strip well, she will want to pounce on you.

Sexy undergarments aren’t just for women. If you find the right fit, you can really turn her on. (If you've never tried low-rise briefs, we highly recommend them!)

As a warmup to the main event, start by massaging the length of her legs, from her upper thighs down to her ankles.

Next, focus on the feet, kneading her heels and all other points beneath. Then zero in on the toes and stretch them individually. Bonus points if you finish it off by sucking on them.

6) Ask what turns her on

When in doubt, just come right out and ask what she likes during sex. “Most women appreciate men who want to make sure they’re satisfied,” says Barbara Bartlik, M.D., a professor of psychiatry at Cornell University. “If she notices you’re working hard to please her, she’ll be more likely to return the favour.”

7) Focus on quality, not quantity

Improve the quality of foreplay and she’ll never again bug you about the quantity. “If you act as if you’re just going through the motions to get to the sex, she’s going to notice, and it will take longer for her to get excited,” says Michael Perry, Ph.D., a sex therapist in Encino, California.

8) Take it easy at first

Yes, the clitoris is the obvious place to focus your attention. Still, many men do wrong by it. “Direct stimulation of the clitoris can actually be painful,” says Cathy Winks, author of The Good Vibrations Guide to the G-spot. “It’s much better to rub the clitoral hood [where the tops of the labia meet] or to rub along the side of the clitoris than it is to go straight for the head of it.”

"The clitoris reacts best to being teased, so you want to lick it and suck on it a little, build a little tension, then back off on it a bit before going at it again," she adds.

There are plenty of ways to expand your oral sex repertoire, and you should always be looking to add new moves and mix things up. For starters, trying lying perpendicular to her body and stroking her clitoris with your tongue in a horizontal motion, rather than up and down. She’ll appreciate the change in stimulation, hopefully enough to return the favour.

10) Drive her wild with the figure-8 technique

The figure-8 tongue technique is one of the most tried and true ways to get things going below the belt. When you’re at her service down below, work the supersensitive area around her clitoris in a figure-8 pattern. Arouse her with gentle sucking until the little button swells, then carefully expose the area with your fingers.

Use the slippery underside of your tongue to circle it to the left and then to the right. With the rougher top side of the tongue, flick from right to left and then up and down. Finally, work up to figure 8s, alternating between your tongue's smooth underside and firmer tip. Constantly vary the degrees of pressure you use.

Oft overlooked as mere barriers to the vagina, the labia are packed with nerve endings and shouldn't be ignored. Hold each one between your thumb and forefinger and massage it, working your way up and down.

Or, using all of your fingers and your palm, “smoosh” the labia together, almost like you’re (gently!) kneading the dough.

Don't just zero in on her genitals. The body is filled with erogenous zones like her neck, thighs, and breasts.

“Genitals are fascinating and fun, but try to spend some time focusing on your partner’s entire body instead of going straight for her crotch,” says Cassie Fuller, cofounder of Baltimore sex-ed company Touch Of Flavor. “Try caressing, licking, or nibbling other erogenous zones, such as her neck, back, ears, belly, or wrists.”

In other words, do what you want to do, and enjoy it while you're doing it. If you like how her calves feel, stroke them in appreciation. If you like her butt, kiss it. “When a man is loving what he’s doing, it’s going to show through and turn her on, too,” says Perry.

Be careful what you say when you're trying to set the mood and build arousal.

“Weird, clichéd phrases can cause the mood to die quickly,” she April Masini of AskApril.com. As a general rule, keep dirty talk simple and personal: Pick a body part and tell her how sexy you think it is, or describe a fantasy you have involving her."

15) Pay attention to how she feels

Everybody is different, so make sure you're able to read how she responds to what you're doing. It shouldn't be hard to tell what's working and to then use this information to keep a good thing going.

“If she winces when you talk dirty, move onto your next play,” says Masini. “Or if she’s really into making out on the sofa, don’t try to move it to the bedroom.”

16) Pay attention to how you feel

If you’re worried about getting off too early during intercourse, try becoming more aware of your pre-orgasmic sensations.

Most men only recognize that last, no-turning-back feeling, that occurs just before ejaculation, says David Copeland, author of How to Succeed with Women. By then it’s too late to do anything about it.

Try to become familiar with the two or three more subtle sensations that precede that one, so that you can slow down at the right time.

Don't forget what got you here in the first place.

Just remember that passionate kissing doesn’t always mean frantically swabbing out her tonsils. Try to mix up your tongue play with the occasional closed-mouth kiss on her nose, eyes, and forehead.

When she initiates the action, make an extra effort to please her sexually and to let her know how much you approve. Tell her you loved how she got things going. Sometimes women wonder if you’re going to perceive initiation as negative or if it might make you uncomfortable.

If you already have good sexual chemistry, it's perfectly all right to occasionally skip foreplay.

“When you’ve been creating a larger sexual context in your relationship, you’re basically operating in that [state of foreplay] all the time,” says psychologist and relationship therapist Tracy Thomas, Ph.D. "If you’ve been together for a while, you should know her well enough to know when it’s okay to jump straight to the main event.