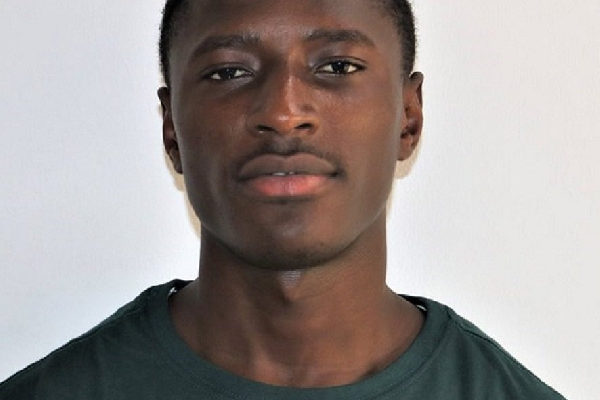 19-year old Mustapha Diyanol Haqq from Kumasi, the capital of the country’s Ashanti Region, drew inspiration from “seeing how the big tech companies used innovation to solve some of the world’s biggest problems.”

He subsequently decided to learn to code. “I looked online for any free courses that could help me develop coding skills and completed as many as I could,” he told SAP News.

Mustapha’s predictive model can tell if a breast cancer tumour is Malignant (Cancerous) or Benign (Not Cancerous). It can also predict if malignant cancer would reoccur over a period of time.

The model was tested “using breast cancer datasets containing over 500 samples of malignant and benign tumour cells available on the machine learning repository maintained by the University of California, Irvine,” according to Tech TV Africa.

Recounting how access to the internet was a problem for him, Mustapha said: “We don’t have a good Internet connection where we live, so I had to walk kilometres to an Internet café where I could access free online coding courses.

“Internet access is expensive, but thanks to the generous support of my parents – who made some sacrifices to give me a chance to complete a few online courses – I built sufficient coding skills to start developing solutions to some of the problems affecting our community.”

His parents have been very instrumental in his success because they’ve had to make sacrifices to enable him to afford the internet charges while he learned to code.

“Our continent does not enjoy the fixed-line infrastructure of our more developed peers, and mobile Internet can be expensive. For me to afford the Internet cafes where I learned to code, my parents had to make sacrifices. Global companies can play an invaluable support role by investing in providing Internet access to our communities to support us as we get ready for a digital future,” he added.

Young Mustapha hopes his model will help women across Africa. “I used my knowledge of coding and machine learning to develop a model for diagnosing breast cancer, which I hope to release freely to communities across Africa.”

The self-taught inventor is not only interested in developing models for detecting breast cancer but also intends to tackle the problems of hunger and food security in Africa.

“Africa relies heavily on smallholder farmers to meet its food production needs. However, much of the produce from farms are spoilt before it reaches the markets in the cities. I’m currently working on a machine learning and AI model that can help reduce post-harvest losses and ensure the work our farmers do translates into food security for our communities.”

“Being appointed Youth Ambassador for ACW 2019 is a dream come true and a unique opportunity to inspire change on a global platform, encouraging young talent across the continent to learn digital skills and code the change they want to see in their community,” he said.

According to Claire Gillissen-Duval, Director of EMEA Corporate Social Responsibility and Africa Code Week Global Lead at SAP, “Mustapha overcame major challenges, and his amazing journey has the power to inspire many. As a young innovator and change-maker, his mentorship and guidance will be crucial as we strive to empower an entire generation and strengthen teaching capacity in ICT education among African communities.”

Mustapha is, at the moment, an instructor for Ghana Code Club. Along with some friends, they have established coding clubs in several communities, where they teach both kids and adults to code.

The young inventor believes that his innovation, if modified, could be used by doctors globally to diagnose breast cancer.


INTRODUCING OBJECT AI; an object recognition app. Meet the second team. It's an all boy team. This group built an app that uses Artificial Intelligence (Computer Vision) to recognize any given object. The goal is to help people with vision problems identify objects around them easily to avoid casualties ( your question, how can a vision impaired person use this app, that's where the UX lessons helped). The app allows you to take a photo, then it recognizes the object in the photo, then pronounces the name of the object in a human voice(Speech Synthesis). As part of enhancing the user experience of the app, they added a cool feature, you shake your phone and it translates the name of the object to a different language. Isn't this super cooool?!!! We're gradually transforming Ghana, the once called Gold Coast to Tech Coast. Where local talents will be harnessed for the growth of our country and continent at large. The app will soon be available on the Google Playstore.