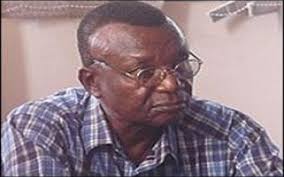 The 2005   African youth Under 17 championship winning coach passed away in the early hours of Tuesday evening at the Korle-bu teaching hospital where he was receiving treatment.

Uncle Fred as was affectionately called, supported by the late C.K Gyamfi,  won the African Cup of Nations with Ghana in 1978 at the age of 40.

President of the Ghana coaches Association and member of the GFA Technical Directorate, Sam Ardy confirmed the demise.
“Yes he died today (Tuesday) at 5:30pm and we will be visiting the family tomorrow”, according  SportsObama.com

“He (Osam Doudu) has been unwell for sometime now but we were notified by the family about his death this evening”,

He was also in charge of the Black satelite where he won the 1993 African U-20 Cup of Nations and a silver medal at the 1993 FIFA World Youth Championship in Australia.

The veteran also took charge of the Black Stars during the 2002 African Cup of Nations, held in Mali.

He was also served as a Technical Director of Local League side Accra Hearts of Oak in the late 90s, at a point in time assume the full technical responsibility while the then substantive coach, late Cecil Jones  Attuquayfio went on national duty with the Black Starlet in 1999.

He acted as technical director and General Secretary of the Ghana Football Association and was also a CAF and FIFA Instructor.