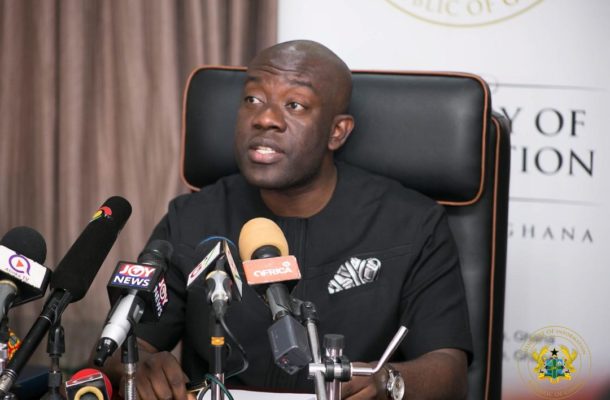 The Akufo-Addo led government through the Minister of Information, Kojo Oppong Nkrumah has fired back at the opposition National Democratic Congress (NDC).

Mr. Oppong Nkrumah in a statement indicated that the farming communities in  the northern part of Ghana pleaded with the then-presidential candidate of the New Patriotic Party (NPP) Nana Akufo-Addo for dams and not Akosombo-like hydro dams.

While accusing the NDC of using propaganda to run down all government policies, Mr Oppong Nkrumah said the people of those farming communities were given exactly they requested for.