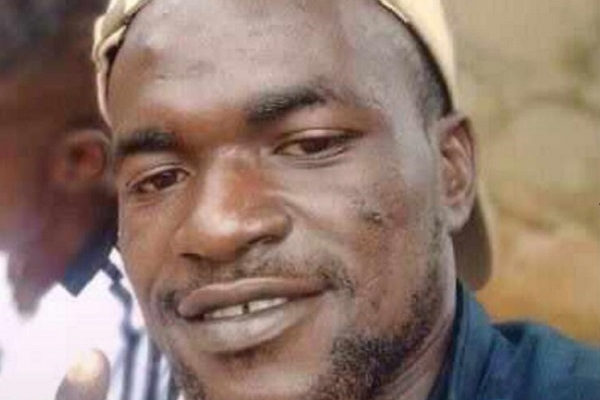 Two friends have reportedly died in a violent fight over "cannabis" at Kotwi in the Atwima Kwanwoma District of the Ashanti Region.

Reports say the suspect, 24-year-old Sherrif is said to have “pulled a knife and stabbed Boakye, 26 in the chest leading to instant death.

According to the reports, the incident happened Sunday, January 16, 2022, at about 5:30 pm when a misunderstanding ensued between them overpayment of ‘wee’.

Some residents who spoke to OTEC News reporter Kwame Agyenim Boateng in an interview said Mr. Boakye died after he was stabbed by Sherrif.

Some eyewitnesses and residents in the area who spoke to OTEC News disclosed that the scuffle which started as a joke between the two began when Boakye refused to sell cannabis to Sherrif in a ghetto in the area.

"What we heard was that Nana Boakye accused the suspect (Sherrif) of not being creditworthy and denied Sherrif the opportunity to buy "wee" on a credit, the incident led to a fisticuff between the two"

Reports indicated that about 11 boys from the ghetto including Nana Boakye tried to lynch Sherrif for a reason best known to them.

Reports further revealed that Sherrif in the cause of the attack from the mob stabbed Nana Boakye’s chest leading to his death.

The rest of the gang according to residents accosted Sherrif and lynched him in the process.

Bodies of the deceased were later taken by the police and have been deposited at the Komfo Anokye Teaching Hospital morgue for autopsy.

Meanwhile, Mr. Onua John, father of Boakye has decried claims that his son was killed over cannabis.

He appealed to the Ashanti Regional Police Command to investigate the matter thoroughly and come out with the real cause of the fight that lead to his son's death.