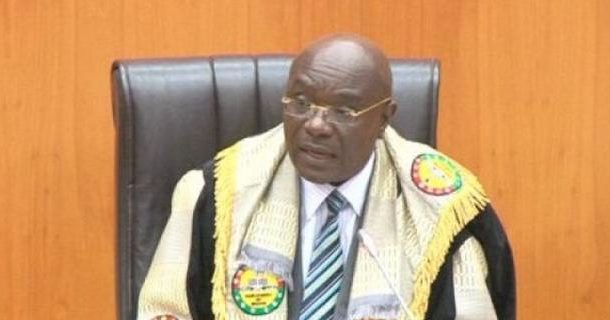 The issue of quorum has been a sticking point in Parliament in the last few days. It was raised strongly in the November 26 process that rejected the 2022 Budget and returned to the floor four days later on November 30 when the rejection was overturned and the budget passed.

Last Friday, the Majority contended that the quorum required for a decision to be taken as half of all MPs present and that the Minority with 137 members did not meet that threshold.

Yesterday, it was the Minority contending that the decision by the MP for Bekwai, who was sitting as the Speaker to count himself as the 138th Member allowing the House to reach a quorum to take a decision was illegal.

A 2015 Hansard of Parliament as presented by Damongo MP and Minister of Lands and Natural Resources, Samuel Abu Jinapor, shows that history had once presented the House with a similar situation.

Whilst appearing on the November 30, 2021, edition of the Good Evening Ghana programme on Metro TV, he read how Speaker at the time Edward Korbly Doe Adjaho had stressed the need to always read Standing Orders of Parliament but ensure that it aligned with the Constitutional provision.

Speaker Adjaho was speaking on the floor of the house on an earlier ruling by his first deputy at the time Ebo Barton Oduro. The issue at hand also involved a submission by then-Majority Leader and current Speaker of Parliament, Alban Bagbin.

The Hansard read as follows: “Later that day the Speaker, Rt. Hon Edward Kobby Doe Adjaho again ruled on the matter as follows: ‘Hon members, you are aware that this house is not supreme, we are subject to the Constitution of the Republic of Ghana.

"The rule is that, where the Constitution has made provision for the regulation of the proceedings of the House, they take precedence over any other rule, indeed the Standing Orders of this House.

"The Quorum take a decision is regulated by Art 104 (1), the fundamental question is that, at the time that the vote was taken, did we have at least half of the Hon Members present? It is a Constitutional issue which has been captured in the Standing Orders Order 109 (1).”

He continued by stating that from the result of a headcount that had been conducted earlier in the house, there were 67 MPs and 66 on either side of the House, meaning the total number came up to 133, short of the minimum 138.

Budget rejection, recission and approval in space of five days

Speaker Alban Bagbin on Friday, November 26, 2021, supervised a vote that rejected the 2022 Budget and Economic Policy statement after the majority side had staged a boycott of proceedings just before a prayer for adjournment by Finance Minister Ken Ofori-Atta for further consultations on the budget.

The prayer was rejected by the Minority en bloc before they also voted against the approval of the budget when a question was put before the house.

However, the house having reconvened on Tuesday, November 30, 2021, voted to overturn the budget rejection of Friday, and subsequently held another vote to approve the budget albeit in the absence of the minority who stayed out of the chamber.

Presiding over proceedings of the house on Tuesday, the Second Deputy Speaker, Joseph Osei Owusu sitting in for the speaker after ordering for a count of the number of MPs in the house, albeit only majority MPs, announced that there were 138 members present including himself.

He further stated that the number satisfies the constitutional requirement for the house to pass a vote and thus called for a new vote to overturn the decision on Friday as moved by the Majority Leader, Osei Kyei-Mensah-Bonsu.

With the absence of the minority side, the all-majority MPs present voted to overturn the rejection of the 2022 budget statement.

The house further conducted a vote to pass the 2022 Budget Statement and Economic Policy with the speaker announcing the budget presented to the house by the minister for finance on September 17, 2021, as having been adopted by the house.

Meanwhile, the minority side in a press conference has described the approval of the budget as contravening the dictates of the law and procedures of parliament.

At the press conference addressed by the Majority Leader, Haruna Iddrisu, he stated that the second deputy speaker who was presiding over proceedings cannot be counted as a voting MP and thus the number in the chamber did not satisfy the constitutional requirement to reach a decision.