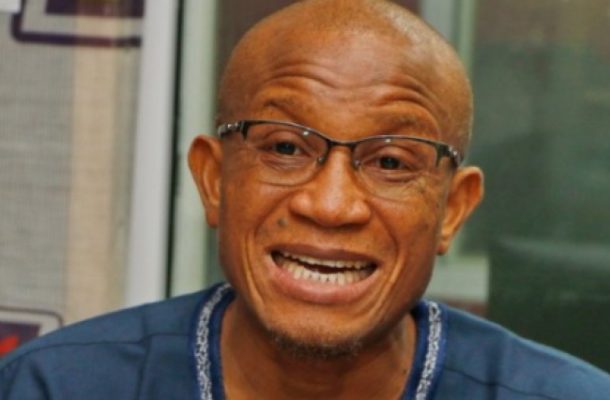 The Minister of Information, Dr. Mustapha Hamid, has been challenged by the Minority in parliament to produce evidence on his claims that the erstwhile National Democratic Congress (NDC) government was allocated GHS3 billion in 2016 for use by the Office of Government Machinery (OGM).

According to them, Dr. Hamid who made false claims claims must apologise to Ghanaians or resign his position if he fails to adduce evidence for his claims.

In a statement issued and signed by Cassiel Ato Forson, the Ranking Member of the Finance Committee of Parliament, on Wednesday, the Minority stated that; “The claims, false as they are, also betray an uncanny lack of thoroughness and attention to detail on the part of the Information Minister in particular and the government he speaks for in general,”

He explained in the statement that GHS587,470,165.23 was rather allocated for the Office’s expenditure in 2016 and not the “blatant untruth” of GHS3 billion.

The Ajumako-Enyan-Esiam Constituency MP stated that even that expenditure involved the National Service Scheme and allied agencies “unlike the GHS 1.5 billion allocated under the Akufo-Addo government which did not include the budget for the NSS”.

Find below the statement:

The attention of the Minority Caucus in Parliament has been drawn to claims by Minister of Information, Mustapha Hamid, to the effect that the Office of Government Machinery (OGM) was allocated  GHS3 billion in 2016 as against GHS1.5 billion under President Akufo-Addo in 2017.

We have also noted a publication in the New Patriotic Party’s ‘Daily Guide’ newspaper, that the Office of Government Machinery overrun it’s budget by about GHS 3 billion after it had been allocated GHS 3 billion in 2016, bringing total expenditure to GHS 6 billion.

We wish to state that these claims are totally false and were made in a desperate effort to justify the unconscionable packing of the Presidency with activists of the NPP leading to the submission of a list of 998 Presidential staff and evade the intense public anger that has greeted the publication of the list.

The claims, false as they are, also betray an uncanny lack of thoroughness and attention to detail on the part of the Information Minister in particular and the government he speaks for in general.

This is especially so when official documents presented to Parliament by the same government clearly state the amount allocated to the OGM and how much was spent in total in the year in question.

The above quote shows clearly that the Minister of Information peddled a blatant untruth when stating that GHS 3 billion was given to the OGM in 2016.

This also belies the claims of the ‘Daily Guide’ in respect of the overrun for 2016.

Further evidence of the budgetary allocation for 2016 to the OGM can be found in a document presented to the Finance Committee of Parliament by Deputy Chief of Staff at the Presidency, Samuel Abu Jinapor, dated Monday,20th March,2017, in which he stated at pages 4 and 5 that  “In the 2016 budget estimates, the Office of Government Machinery, in addition to the Cost Centres now under the Ministry of National Security, were allocated a ceiling of Seven Hundred and Nineteen Million, One Hundred and Eight Thousand, Nine Hundred and Eleven Ghana Cedis (GHS 719,108,911) from GoG, ABFA, and IGF Sources.”

Furthermore, the Finance Committee of Parliament in its report on the 2017 budget estimates stated in section  3.8 at page 6 that ” For the implementation of the various programmes and activities, a total amount of Seven Hundred and Nineteen Million, One Hundred and Eight Thousand, Nine Hundred and Eleven Ghana Cedis (GHS 719,108,911) was released to the office of Government Machinery for the 2016 financial year.”

We also wish to draw attention to the fact that the budgetary allocation for the OGM in 2016 also covered the National Security Secretariat(NSS) and its allied agencies unlike the GHS 1.5 billion allocated under the Akufo-Addo government which did not include the budget for the NSS.

The overwhelming evidence above, puts it beyond doubt that the claims by the Minister of Information were uninformed, hasty and diversionary.

Consequently, we challenge him to produce evidence of his claims failing which he should render an apology to the good people of Ghana or resign his position.

We are aware that the Akufo-Addo government prefers to use subterfuge and falsehood to wiggle it’s way out of the multiple scandals that have rocked it, instead of approaching issues of governance with candour and respect for the citizenry.

We urge the media therefore to be wary of information emanating from government and undertake a thorough scrutiny of same to avoid being used as unwitting conduits in the spreading  of falsehood to cover up for the shambolic performance of this government.