2018 World Cup Qualifier: No Cause For Alarm Says Ghana Team Official As Three Players Fail To Train Ahead Uganda tie 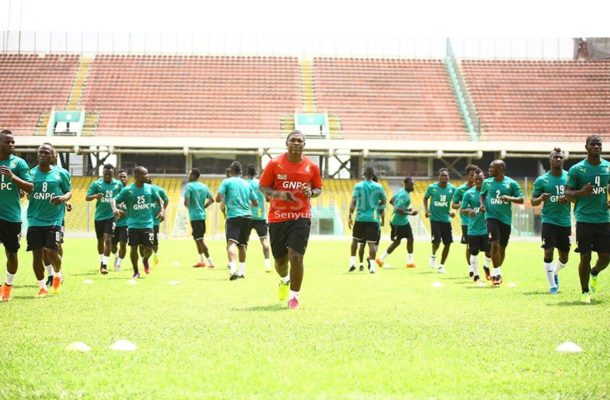 A highly placed official of the Black Stars of Ghana has played down that three key players for Ghana are in danger of missing out on Friday's World Cup 2018 qualifier clash against Uganda in Tamale.

Ahead of the October 7 cracker, the Black Stars held a two hour training session at the Accra sports Stadium, without three key players of the team.

The session lead by skipper Asamoah Gyan had all the players called by coach Avram Grant available with the two players Inusah Musah and Emmanuel Ocran called for observation were present but three players did not turned up for the first training session, with goalkeeper Adam Kwarasey, leicester City left back Jeffery Schlupp and Atletico Madrid midfielder Thomas Partey.

No report was given as to why the trio were absent from training but a source who pleaded anonymity told Ghanaguardian.com that there’s nothing to be worried about and they will be arriving in the country before the game.

” They missed training for various reasons but there’s nothing to be worried about. As for now they are in no way in danger of missing out of Friday's game. But they will be arriving before the Tamale encounter" He told Ghanaguardian.com.