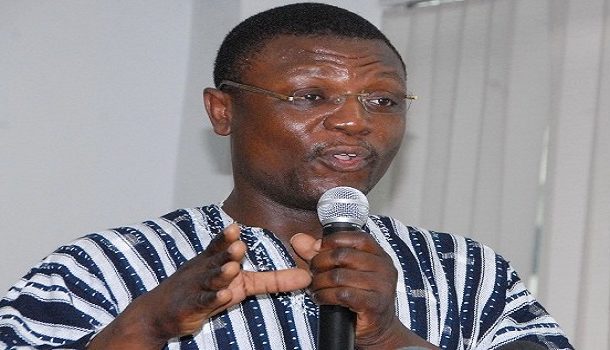 In his estimation, the 2020 election will present an opportunity for a sitting president to be defeated for the first time in the fourth republic, by a former president.

A member of the New Patriotic Party, Gary Nimako, had suggested on the show that former President is no threat to the NPP in the 2020 election.

According to Mr. Nimako the 2016  general election was the first time in the history of the fourth republic that a sitting president, John Mahama, lost an election and by over a million votes difference.

“I don’t see why the NPP should worry about Mahama coming, what is the panic about? Someone we have beaten before, with all the incumbency advantage, with over a million votes?” Mr. Nimako quizzed rhetorically.

But the Mr. Adams disagreed with him, arguing there can always be “a first time” and that the 2020 election will equally present an opportunity where President Akufo-Addo will by former President John Mahama.

“I want to tell him here that another first time will happen in 2020 where a former president will defeat a sitting President if he dares contest with these failed performances or disastrous performance that we are seeing”, Mr. Adams stated.

According to him an election is not like boxing where when you beat somebody for the first time, you think you have tougher punches and muscles to beat the person all the time.

Mr Mahama, through Mr Daniel Ohene Agyekum, former Ambassador to the United States, presented his official letter of intent to run for the flag bearer slot, to the party’s Adabraka headquarters on Thursday, 23 August 2018.