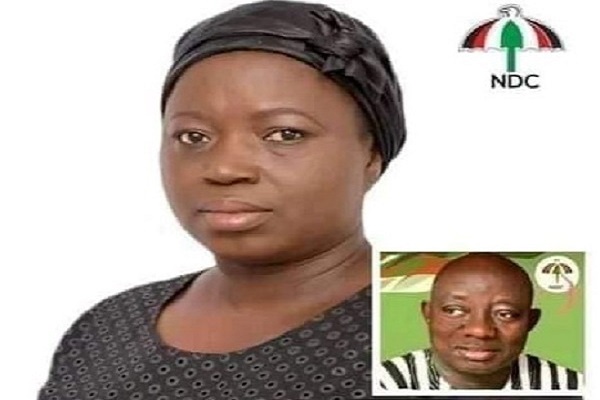 MyNewsGh.com has sighted images posters of the widow making rounds on social media campaigning to be elected as a Member of Parliament with official party sources confirming same.

In September last year soon after the constituency parliamentary primaries of the NDC, the candidate for Tempane Constituency David Adakudugu died under mysterious circumstances
Sources indicate that he died on Thursday, September 19, 2019, in Tamale where he was on transit to Accra.

NDC activist, Stephen Atubiga who confirmed the unfortunate incident to this portal, disclosed that he complained of severe stomach pains on reaching Tamale from Tempane and was rushed to the hospital where he died on admission.

“It happened yesterday. I am told he was traveling from the constituency and when he reached Tamale was complaining of stomach pains and they rushed him to the hospital where he died on admission”, he told MyNewsGh.com.

His death is said to have paved way for fresh elections in the area with the widow stepping in as a replacement just as was the case in the Ayawaso West Wuogon Constituency.