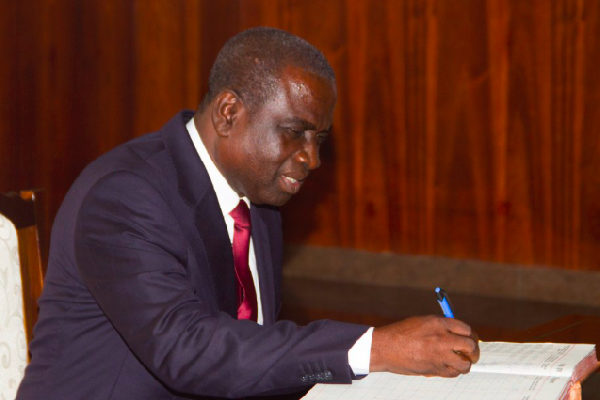 He observed President Nana Addo Dankwa Akufo-Addo’s government has disappointed Ghanaians, claiming it has not been able to fulfill many of its 2016 “juicy” campaign promises that influenced Ghanaians to vote for the NPP.

In his estimation, in an attempt to fulfil some of the promises such as the free Senior High Schools (SHSs), the One District, One Factory (1D1F) and the Planting for Food and Jobs (PFJs), the government has created a lot of mess.

The former ambassador was speaking to TV3 on the sidelines of a fund raising rally at Dumasua in the Sunyani West District of the Brong Ahafo.

He said the NDC and many Ghanaians in particular were strongly against the Double Track System, being introduced by the government to address the intake challenges of the free SHS programme arising out of lack of infrastructure.

Mr Nyamekye-Marfo expressed discomfort with high taxes and import duties, which he said were collapsing businesses, and worsening the socio-economic livelihood of many Ghanaians.

He thus urged supporters and members of the NDC to work hard to intensify their campaign and reach out to particularly voters at the grassroots and sensitize them on the need to return the party to power for the good of Ghanaians.

The former ambassador said the NDC could regain power if the party leadership, supporters and members demonstrate unity of purpose, identify and address peculiar challenges which affected the party in the 2016 electioneering.

He said petty squabbles, backbiting and internal wrangling would only divide the front of the party and jeopardize its chances in 2020.

The fund raising event was organised by the newly elected Sunyani West constituency executives of the NDC to seek public support towards the construction of an ultra modern office complex for the constituency, yet to be executed at Odumase at the cost of GHC500,000.

The 28 constituency executives have already acquired four acres of land, and raised GHC10,000 for the project, comprising offices, conference halls, and recreational centre, to commence.

NDC delegates in the Brong-Ahafo Region are expected to endorse Mr. Kwadwo Nyamekye-Marfo as the newly elected Regional Chairman on September 1stat their regional congress in Sunyani.