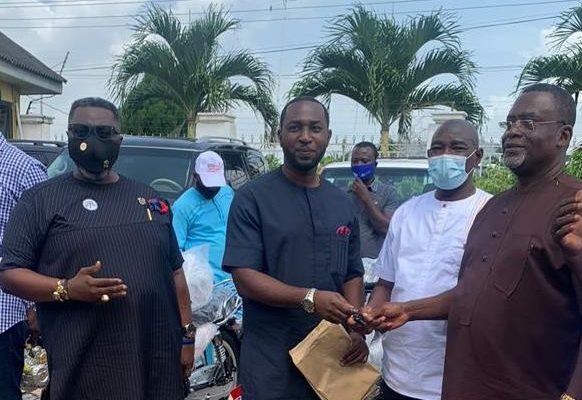 Mr. Kwabena Asamoah present the motorbikes to the regional executives

A former NPP parliamentary aspirant for the Lower West Akim Constituency has donated six motorcycles to support the party's campaign in the Eastern Region ahead of the December 7 general elections.

The motorcycles were presented to the NPP executives in Koforidua, the Regional Capital. 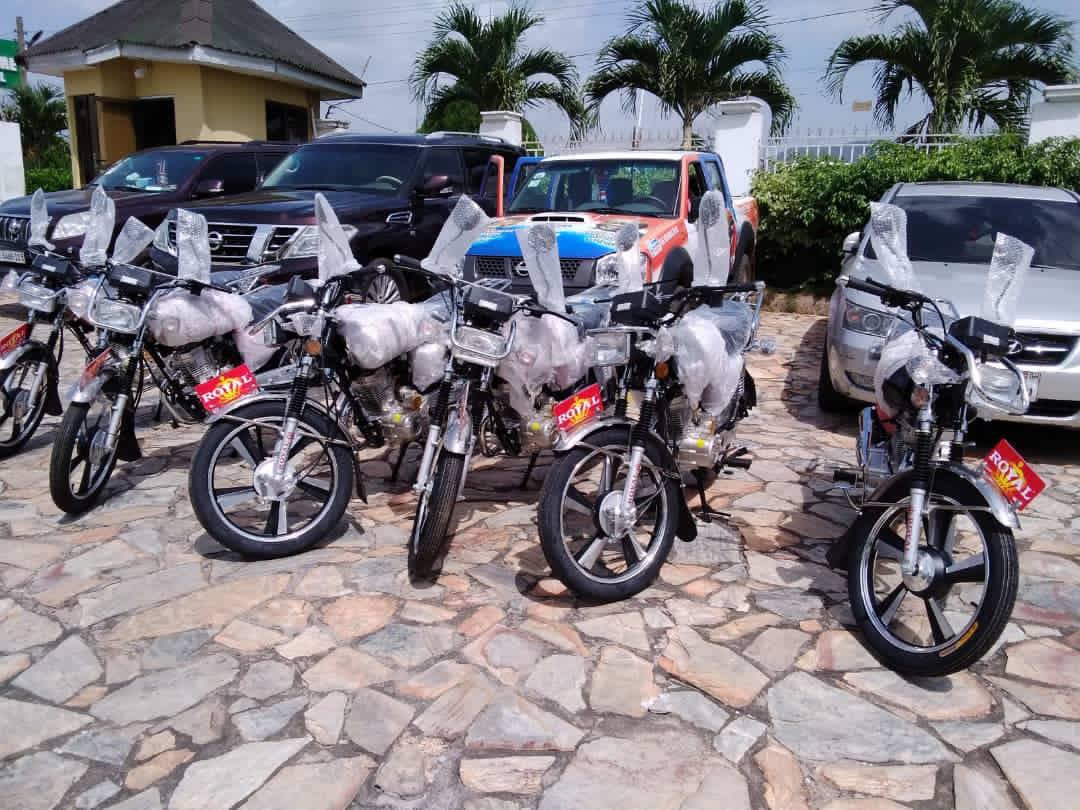 Kwabena Asamoah is a Global Business Executive who has headed the operation of several major multinational corporations both in the United States and across Africa.

The Ivy League Wharton Trained Executive who recently contested in the NPP Parliamentary Primaries but lost said the donation forms part of his grand support to help enhance the electoral fortunes of the party in the region and ultimately win 2020 general elections convincingly.

He urged the NPP members to show tolerance to people from the other political blocs even in the face of provocation, and seek the national interest at all times during their campaigns because there were clear signals for victory for the party in the forthcoming elections.

He concluded by saying, the Regional Executives should take good care and cultivate the culture of maintenance of the motorbikes as well as any other support that will come to the constituency.

Despite having been unsuccessful in his attempt to represent his people, he has selflessly dedicated himself to supporting the winning PC and Regional campaigns both in the Eastern and Ashanti Regions.

He currently serves on the Lower West Constituency Campaign Team, Eastern Region Council of Patron, Ashanti Regional Zonal Coordinators, and also as the Financial Secretary of Aspirants United for Victory.

The Eastern Regional Chairman of the NPP, Kingston Akomeng Kissi who received the donation for and on behalf of the party lauded the kind gesture.

“the party is grateful to you for making this noble donation at this crucial time,” said Mr. Asamoah.