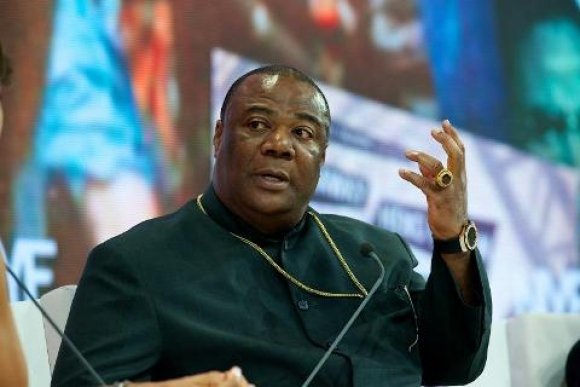 TheGeneral Overseer of Action Chapel International, Archbishop Nicholas Duncan-Williams has a word of advice for Ghanaians about what they say concerning the 2020 general elections.

According to the Ghanaian Charismatic Pioneer, some rich and powerful people in Ivory Coast, Sierra Leone and Liberia were rendered worthless and their wealth made useless by the wars that broke out in those countries in the past.

He said Ghanaians must be careful about what they say about the 2020 general elections since their words can be a blessing or a curse for the entire country.

Ghanaians would be electing a new President and Parliament on 7 December.

Already, the Electoral Commission’s decision to compile a new register for the polls has sharply divided the country between the governing New Patriotic Party (NPP), which supports the election management body’s decision; and the biggest opposition National Democratic Congress (NDC), which is against it.

Some smaller opposition parties and CSOs are also on either side of the debate.

In his first sermon on Sunday, 26 January 2020, Archbishop Duncan-Williams recounted how some very powerful persons close to the Ivorian presidency during the country’s war sparked by electoral disagreement lost everything and had to run to him in Ghana for refuge and sustenance.

“During those days, there were very powerful people around the President in La Cote d’Ivoire; they had serious money. When the war took place, a lot of them came to Ghana, they were in this church. Some of them, I had to find a place for them to stay, I had to arrange a car for them; some of them I had to go to travel agents, borrow tickets, guarantee the payment, some of them haven’t paid for the ticket up to today, I had to find ways to pay for the ticket, and these were people who were loaded, their bank accounts were frozen, their children, their wives were scattered and these were very powerful people who were buying arms for the government in those days, they were loaded, they had deep pockets, [were] liquid, [yet] they had nothing.

“Same in Liberia, same in Sierra Leone”, Archbishop Duncan-Williams recalled, warning: “So, you Ghanaians, 2020 we are facing another election, be careful of what you are saying about the election”.

On the non-political level, he urged Christians to also mind their language in charged circumstances and situations.