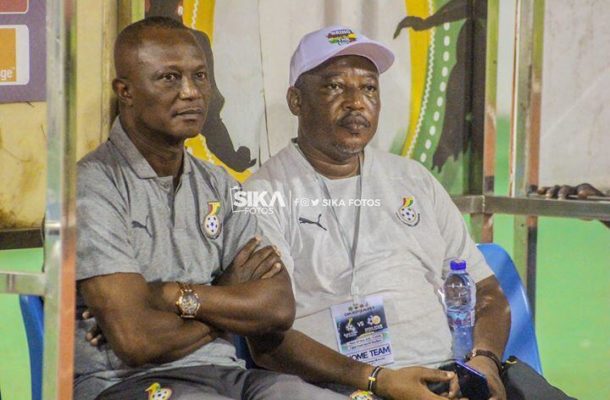 Black Stars coach, Kwasi Appiah has urged his team to play above their last up to par performance at cape coast stadium when they come up against São Tomé and Príncipe in tomorrow’s 2021 Africa Cup of Nations qualifying.

Ghana top Group C following a 2-0 home win over South Africa and are in splendid form ahead of Monday’s game.

São Tomé and Príncipe on the other hand lost against South Sudan by 4-0 away in their opening game.

"Everyone in the team is in high spirit, our opponents have players playing in the Portuguese league. it proves it's not an easy game, But we will go out there and make sure to put out our best as the intention is to win at all costs." Kwasi said.

"if even they are bringing the best players in the world we also have the best to face them."

This is the first competitive game between the Black Stars and the Falcons and True Parrots of São Tomé and Príncipe.