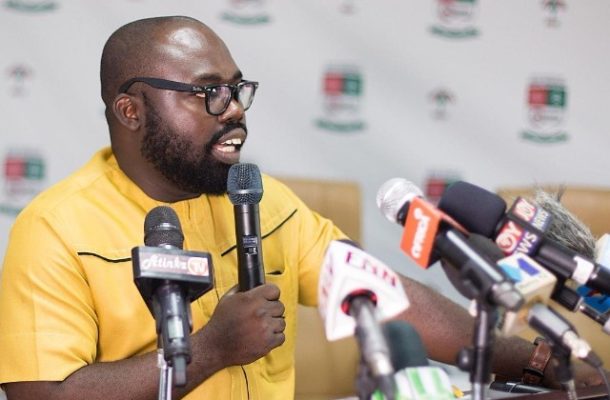 The Deputy General Secretary of the opposition National Democratic Congress, Peter Boamah Otokunor, has charged faithful of the party to go all out in campaigning for power in the 2024 elections.

According to the Deputy General Secretary, victory for the NDC in 2024 is guaranteed. However, for a party member to benefit from the victory, he must commit to the campaign or forfeit any benefits that come with the NDC being in power from 2024.

"Whether the Chief Justice likes it or not, 2024 we are coming. The vehicle has taken off; what are you sitting there for? Do your part, join the vehicle so that when victory comes, you can proudly say you played a part in it. If you don't do that and victory comes, everyone will notice that you were adamant when we were working for it. For that, when the time comes for us to eat, we will take you out," he stated in an interaction with some NDC supporters.

In a video from the event sighted by GhanaWeb, Otokunor emphasized that benefiting from an NDC government as a supporter will solely depend on one's contribution to the party's victory in 2024.

"There is a saying that no contribution, no chop. So I am pleading with all of us gathered here, let us spread the good message. Let's go on a crusade; we can do that everywhere we meet. We can talk about the party at every opportunity," he added. Watch video below: