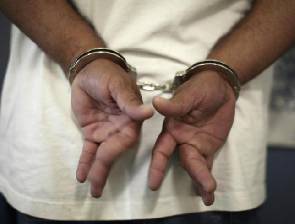 They all admitted the offence and pleaded for leniency. Their accomplices, Felix and Kwabla, are however at large.

The court has ordered the police to return the stolen diesel to the owner while the motorbike is returned to Narh after he has served his sentence.

The court has issued a bench warrant for the arrest of the two who are on the run.

The prosecutor, ASP Richmond Akwasi Yeboah, told the Odumase Krobo Circuit Court, presided over by Mr Frank Yao Gbeddy, that the complainant in the case is a 67-year-old Site Manager in charge of fuel for Agyapado Construction Company Limited at Klo-Begoro near Oterkporlu in the Yilo Krobo Municipality in the Eastern Region.

He said Saba, 25, and Kofi Mensah, 35, were both excavators with the company while Narh, 25, and the fourth accused, Felix, were Okada operators, and Kwabla, the fifth accused, was a security guard for the company.

The prosecutor said on February 24, 2016, at about 1:00 p.m., Saba and Mensah conspired to siphon diesel from Mensah’s excavator to sell. He said Saba then informed all the accused persons to assist in the theft.

He said around 1:30 p.m. the same day, Saba dispatched Mensah to the company’s site and informed the others about the plan to steal the diesel.

He said Saba met Mensah at a spot and he carried him on his motorbike to a place close to the company’s premises.

According to the prosecutor, Felix joined them on his motorbike which was parked at a spot close to the company ‘s premises.

He said Kwabla, who was on duty at the time of the operation, assisted Mensah, Narh and Felix to siphon the diesel valued at GH¢425.38 from Isaac’s excavator into five jerrycans.

He said the accused persons carried their booty through the bush to where they had parked the motorbikes and were about to move away when the witness in the case chanced on them and arrested them.

He said in the process, Felix escaped, leaving behind his motorbike whereas Isaac and Narh were arrested and handed over to the police.

The motorbikes are currently in the possession of the police.