3 more Ghanaian athletes leave for schools in US – GAA 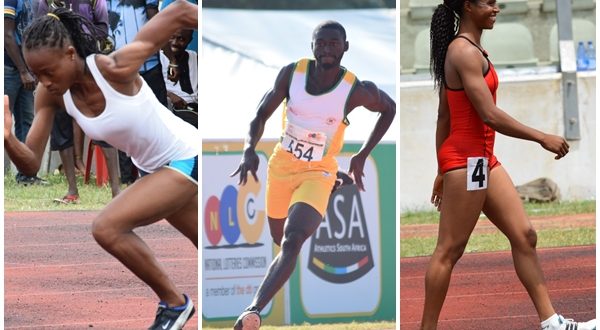 After a fine season that saw many of the country’s athletes achieve important career milestones, the Ghana Athletics Association (GAA) has announced that Martin Owusu-Antwi, Safia Bright and Agnes Abrokwah have taken up college scholarships in the USA as of the first semester of the 2016-17 academic year. The trio have already left Ghana for their new schools and will be seeking to further their education and career development, while also developing their athletic talents. Owusu-Antwi will be hoping to improve on his personal best 20.73(PB), which he achieved in the men’s 200m final at the Soga-Nana Memorial meet on 8th July, 2016 at his new base. Likewise, Agnes Abrokwah, after recording the fastest time by a Ghana-based athlete in the women’s 400m in 2016 when she stopped the clock at 53.06s, joins South Plains College, a public institution located in Levelland, Texas. Abrokwah, one of the standout performers in the just ended season, made her international debut at the CAA Championships in Durban, South Africa in July. She is joined at South Plains College by Safia Bright who has a personal best of 11.77s, and is a hot prospect for the future. The three athletes are the latest to join the long list of athletes who are in the USA on similar student-athlete scholarships. This is consistent with GAA’s philosophy of encouraging athletes to take advantage of their God-given athletic talent to improve themselves academically to secure their occupational or professional futures. Their forebearers include Janet Amponsah, John Ampomah, Atsu Nyamadi, Emmanuel Dasor, Elizabeth Dadzie, Sampson Laari, Agnes Abu, Bless Dupeh, Lydia Mato, Felicia Frimpong, Solomon Afful, Daniel Gyasi, Mohammed Abubakar, Michael Bruce, George Effah, among others.