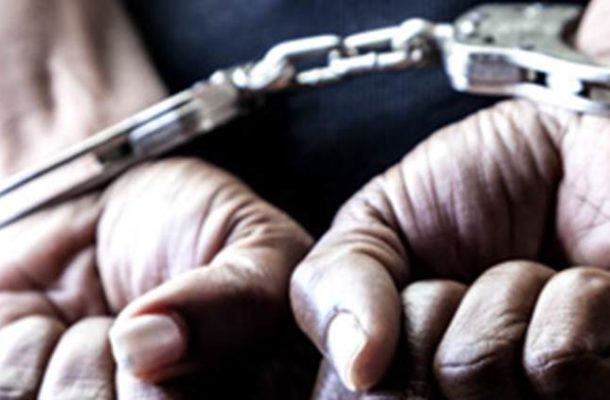 The suspects- Sajuo Baa, 25 and Adama Kori, 30 are in police custody for further investigations

Five men on board a Toyota Land Cruiser, which crossed into Ghana from Togo on Thursday evening in defiance of the closure of border, subjected two Customs officers to severe beatings at Vedome, near Kpetoe, in the Volta Region, and fled into Togo with a duty rifle they seized from the victims.

Three of the men, James Gatsi, Domenic Gatsi and Mensah Ahiakpatsi Gatsi, members of the same family, who later returned to their homes at Afetoryesukope on the Ghana side of the frontier that night, have been arrested by police and placed in custody.

The Kpetoe District Police Commander, Deputy Superintendent of Police (DSP) Benedicta Akpene Ansah, disclosed these to the Ghanaian Times at Kpetoe, at the weekend.

She said that after the incident, which occurred soon before sunset, the men fled into Togo on board the vehicle with the gun.

The police upon receiving report on the incident, acted swiftly together with some personnel of the Ghana Revenue Authority, and traced the three suspects to their homes and grabbed them in the night, according to DSP Ansah.

Meanwhile, the vehicle with registration number, GE 4753 Y, which was used for the operation, has been impounded and the sub-machine gun they seized has been retrieved with assistance from personnel of the Togolese security agencies.

DSP Ansah said the Customs officers, who were on patrol duties, spotted the vehicle entering Ghana from Togo, and signaled it to stop, on suspicion that the vehicle was unaccustomed.

As soon as the vehicle pulled up, DSP Ansah said, the five occupants came, pounced on the officers and disarmed the one who was in possession of the duty weapon, after brutally assaulting the victims.

The Kpetoe Police District Police Commander said that the suspects were all Ghanaians, and the other two were on the run, and were being sought by the police.

The assaulted Customs officers have since been issued with medical forms to report at the hospital.

When contacted later in Ho, the Volta Regional Police Commander, Deputy Commissioner of Police (DCOP) Edward Oduro Kwateng corroborated the story, saying, “We are processing the suspects for court without delay.”