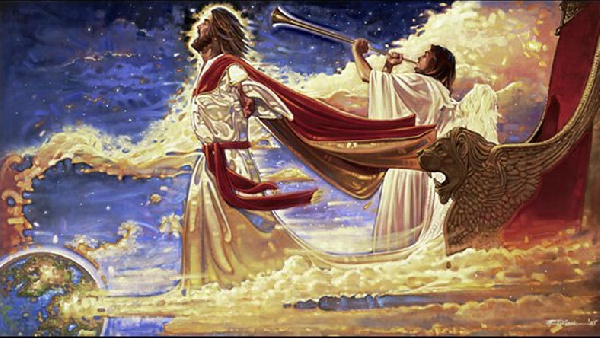 The Bible says the second coming will only happen after these prophecies are fulfilled.

Here are three scary prophecies that must come to pass before the second coming of Jesus Christ. They are:

The Gospel of Matthew predicts that there will be wars prior to His Second Coming.

"And you will hear of wars and rumors of wars. See that you are not troubled; for all these things must come to pass, but the end is not yet. For nation will rise against nation, and kingdom against kingdom," Matthew 24:6–7 reads.

As a result of the increase in violence, the Bible also prophesies that people will less loving. "And because lawlessness will abound, the love of many will grow cold" (Matthew 24:12).

People will choose themselves over God

According to the Apostle Paul, "perilous times will come, "during the last days. This will be characterized by the following: "for men will be lovers of themselves, lovers of money, boasters, proud, blasphemers, disobedient to parents, unthankful, unholy, unloving, unforgiving, slanderers, without self-control, brutal, despisers of good, traitors, headstrong, haughty, lovers of pleasure rather than lovers of God, having a form of godliness but denying its power" (2 Timothy 3:1–5).

Revelation 12:17 states that, "the dragon was enraged with the woman, and he went to make war with the rest of her offspring, who keep the commandments of God and have the testimony of Jesus Christ."

This is already coming to pass in countries like and Russia.

Is Jesus really coming back?

Yes, He is. Jesus actually made a promise to return to His disciples in John 14:1–3. He said, "Let not your heart be troubled…In My Father's house are many mansions; if it were not so, I would have told you. I go to prepare a place for you. And if I go and prepare a place for you, I will come again and receive you to Myself; that where I am, there you may be also."

While we are certain about His return, no one knows exactly when He will be back.

Mark 13:32 says, "But about that day or hour no one knows, not even the angels in heaven, nor the Son, but only the Father."

This verse has not stopped people from making predictions about when the second coming will take place.

For now, let us look forward to the day we reunite with Him as we heed his instructions to "Watch, therefore, and pray always that you may be counted worthy to escape all these things that will come to pass and to stand before the Son of Man" (Luke 21:36)!