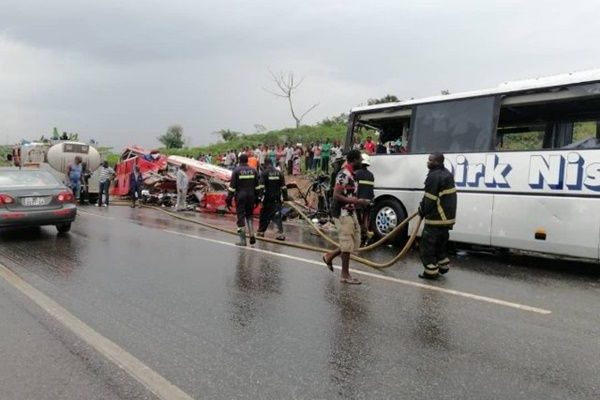 A total of 34 persons have been confirmed dead in a highway accident which occurred on the Cape Coast -Takoradi highway Tuesday dawn.

The accident which occurred around midnight involved two buses.

Graphic Online understands among the dead are 20 males, 11 females and three children.

They reportedly crashed head-on at a junction.