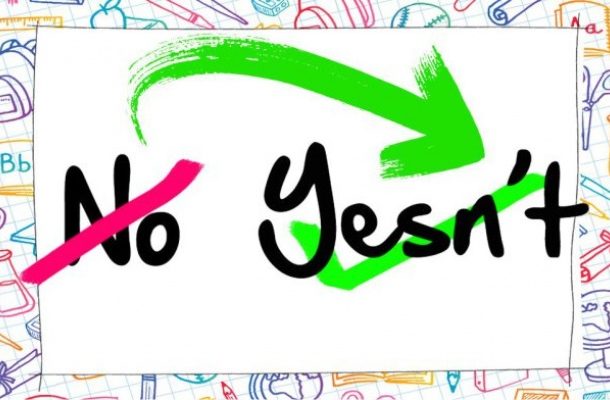 More than 34,000 people have signed a petition to change the word ‘no’ in the English language to ‘yesn’t’.

Why? We truly have no idea.We also aren’t sure what will actually happen when the target of 35,000 signatures are smashed. Surely we can’t actually change ‘no’ to ‘yesn’t’, especially when we aren’t entirely sure what yesn’t means – is it yes? Is it no? Is it an inbetween ‘meh’ equivalent?The petition was started by Ewan Maloney a few days ago, and it’s already received more than 34,000 signatures – so clearly there are people who understand what the f*** is going on. So, let’s figure this out. According to a 2008 entry to UrbanDictionary, ‘yesn’t’ is a word that means maybe yes, maybe no – or ‘maby yes and maby no’, with the example: ‘Do you feel like doing something tonight? Yesn’t.’But since that definition ‘yesn’t’ has popped up across the internet sporadically, sometimes meaning that yes and no definition, but other times just meaning ‘no’. It’s all very confusing. As with many strange and wonderful petitions, the ‘yesn’t’ Change.org page has found a lot of success on Reddit, where it quickly spawned a bunch of memes.Some of the reasons people list for signing the petition include: ‘I feel like this is the right thing to do’, ‘IT MUST BE THIS WAY’, ‘no is a big no-no for me’, and, of course, ‘yesn’t’. One signee wrote: ‘I care about this generation. We are a lost generation in need of hope and clarity. This is it. This is what we need, why our forefathers fought for freedom and a chance at prosperity. ‘I say yesn’t to “no” and you should too. The balance of the English language… yesn’t… the WORLD rests in our hands. Let’s make the most of it.’ …Right then.Source: Metro.co.uk