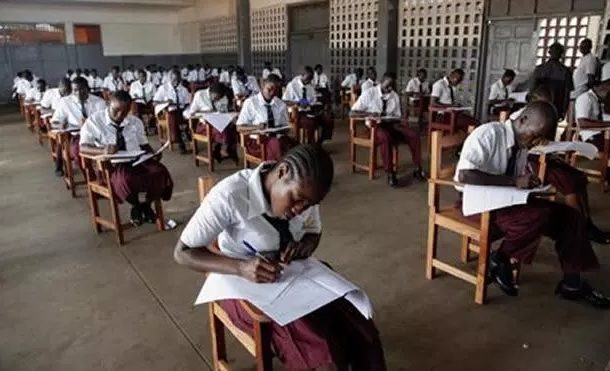 At least 35 mobile phones were confiscated in the operation

Education officials on Wednesday, November 6, arrested 26 candidates after they were discovered cheating in an ongoing national examination.

During the bust, at least 35 mobile phones were confiscated at St. Teresa Boys’ Primary School, in Eastleigh, Nairobi.

The hero of the operation, which was spearheaded by DCI detectives, was a female chief stationed in the area.

The administrator, Jawahir Musa, had discovered that the candidates were hiding the mobile phones between their legs.

“Jawahir was bold enough to recover the phones that had been hidden between the legs of the learners,” education minister, Prof. George Magoha, said in Nairobi on Friday.

The cabinet secretary made the revelations when he made an impromptu visit to St. George’s Girls’ High School during Chemistry practical exam.

“I will personally intercede on her [chief’s] behalf and tell the president to consider her for a promotion. We are sending a strong message that there is a prize for being truthful and patriotic,” said Magoha.

The minister urged examination supervisors to be firm while frisking candidates to ensure they do not enter exam rooms with illegal materials.

“If you are going to frisk somebody gently, you will not find them; you have to be aggressive,” he said, referring to candidates hiding illegal materials during an examination.

Twenty-six out of the 154 private candidates, who wrote the test at St. Teresa Boys’ Primary School in Eastleigh, are set to be charged for examination malpractice.