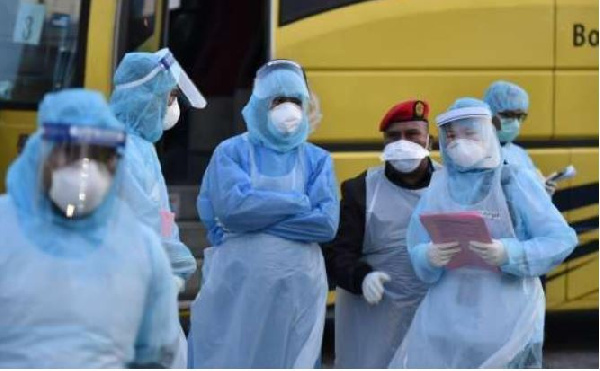 A 35-year-old woman has committed suicide after she was stigmatised by neighbours on suspicions that she had contracted the deadly coronavirus.

Sarah Lengulisiai fatally jumped into a river at about 4am Friday, March 20, 2020, and her body was discovered at 11am, some 6hours later.

Police say Sarah had earlier this week complained that she and her children were coughing persistently, sneezing and had tonsillitis.

The mother and her children visited a nearby health centre on Thursday, where they were given cough medicines and asked to return to the facility should their conditions fail to improve.

Police say the patients’ neighbours occasionally tormented them, alleging that they (woman and her children) had caught the dreaded coronavirus.

At 4am Friday dawn, when the village was dead asleep, Sarah, a mother of four daughters, woke up and went straight to Ngare Narok River, where she committed suicide by drowning, area elder Peter Lempirikan told K24 Digital.

“At 11am, one of the residents reported to us that she had seen the woman’s body in the river. I informed a ranger of the conservancy, who alerted police. The law enforcement officers arrived and took the deceased to Maralal County Referral Hospital morgue,” said Lempirikan.

The village elder has described Sarah as a “very social and responsible woman, who went about her domestic work diligently”.

“I thought she was extremely emotionally-strong. I don’t know what could have come over her to trigger the suicide,” said Lempirikan.

Samburu County Health Minister, Stephen Lekupe, confirmed that Sarah and her children had been treated for a normal cough.

“We have established that neighbours stigmatised the woman and her children over claims that they had COVID-19,” Lekupe told K24 Digital.

The Health CEC said the symptoms exhibited by the deceased and her children as per the records at Sirata Oirobi Dispensary were not those of COVID-19, given their body temperatures were normal.

Sarah Lengulisiai who was married as a second wife in Samburu leaves behind her husband and four daughters. Her eldest child sat her KCSE exam last year, and the youngest is 5 years old.