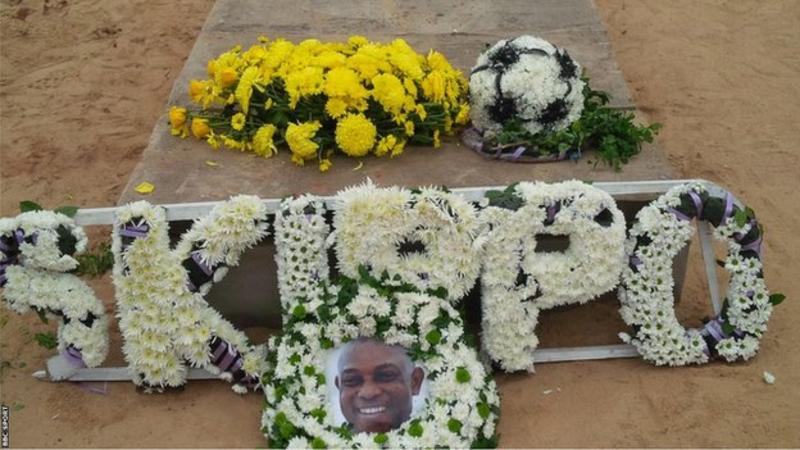 Stephen Keshi, the former Nigeria captain and manager, was buried on Friday in his country house at Ilah, in Nigeria's Delta State.
Keshi won the Africa Cup of Nations as both captain (in 1994) and manager of the Super Eagles (in 2013).

The man affectionately known as 'Big Boss' was twice voted as Africa's top coach, by the Confederation of African Football (Caf), in 2005 and 2013.

He died of sudden medical complications in his home in Benin City in June.

I can't believe that Stephen is gone

"I can't believe that Stephen is gone," said Uche Okechukwu, the former Brondby and Fenerbahce central defender, who played with Keshi in the Super Eagles in the 1990s.

"I was to have called him a few days before he passed. But I forgot.

"Days later, my brother banged on my door one early morning and told me to check my Facebook page, as he clearly did not know how to break the news to me.

"Keshi was a man that knew his own mind. He was a very strong personality," Ikpeba, the former AC Monaco, Borussia Dortmund striker and 1997 CAF African Footballer of the Year, told the BBC.

"As a member of the NFF's technical committee, we often had to exchange strong words, over the way that he managed the national team.

"I was a young player under his captaincy, during the start of my career in the national team, so Keshi always felt that I should support him totally as coach. But this was not always possible, as I had my own opinion, which sometimes differed from his.

"But despite our occasional differences, over technical issues, I've always had a great deal of respect for him. He was, truly, the "Big Boss," Ikpeba said.

Keshi controversially lost his job as Super Eagles coach in 2014, after the Pinnick Amaju led Nigeria Football Federation (NFF) claimed that he had "violated" the terms of his employment contract, by "seeking" to take up work with the Ivorian national team.

Kate, to whom Keshi was married, for over 30 years, died in December last year, after losing a three-year battle with cancer. He is survived by four children.