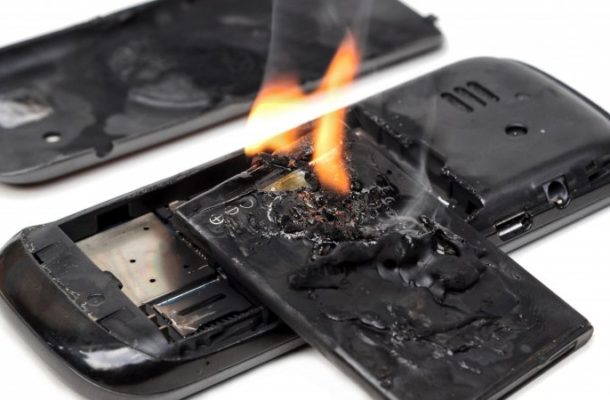 Fifty years ago last month, General Motors unveiled a new car model to great fanfare. The company needed something to compete with Ford's wildly popular Mustang; it also needed a boost after lawsuits related to its rear-engine Corvair had led Ralph Nader to villify it the year before as the unsafest car in America. (And in Nader's view, every American car was unsafe.) Luckily for GM, its new model was a hit. "Enthusiasm for the Camaro comes easy," wrote one scribe in Motor Trend, and the Camaro was picked as the pace car at Indianapolis the next year.

Back then, new car models induced the same eager anticipation now reserved for the latest smartphone, and as a kid I got caught up in the excitement. Remembering those days has helped put in perspective Samsung's decision this week to pull the plug on its Galaxy Note 7. Like the Camaro, the Note 7 was hailed when it was released after two years of development, with the goal of overtaking a major competitor. Tech writers could barely contain themselves: "It makes smartphones exciting again," enthused one in a Wired review; on Tuesday that review was updated with the warning: "You should not buy this phone."

It's impossible to imagine this sudden turn of events happening with the juggernaut that was "the old GM," as the new GM calls its pre-incarnation. What if the Camaro had come off the line and within a couple of months been linked to a series of fires? I can only imagine the dissembling that would have dragged on, and the lawsuits that would have turned into the modern equivalent of Dickens' Jarndyce vs. Jarndyce. We saw it not long ago with the old GM's ignition-switch fiasco. And GM is far from the only company that has tried to deflect responsibility. Settlements where large corporations "neither admit nor deny wrongdoing" have unfortunately become business as usual in America.

But is there a lesson to be found in Samsung's predicament? You bet. When products turn into liabilities, invariably it's the result of either rushing to production without adequate testing, or squeezing the suppliers to deliver parts more cheaply, or both. The smartphone market is under constant pressure to get thinner yet more powerful, and when you're dealing with high-capacity rechargeable batteries --which are, in essence, little bombs -- that's a big problem. How do you make sure they don't explode? You choose your supplier very carefully, first of all. Then you test the **** out of the product. You don't test on the front end of production, or tell the vendor to send samples for testing, because they'll cherry pick them. You test production batches randomly and regularly for quality, and you try repeatedly to break the product yourself. In sum, you don't rush production, because it's never worth it.

Since killing production of its popular but life-threatening Galaxy Note 7, Samsung's de facto chief, Lee Jae-yong, has been both praised as decisive and criticized for dragging his feet. Some have compared the episode to Johnson & Johnson's 1982 Tylenol poisoning nightmare that killed seven. Samsung's Note 7 phones haven't killed anyone, at least, though they've burnt flesh and furniture and spent weeks on the no-fly list. Johnson & Johnson's handling of the potentially brand-killing Tylenol crisis and its quick regaining of public trust has made it a textbook case that all marketing students are taught. But what it comes down to is putting the public first, always. Forget about "damage control," which is just a euphemism for evasion.

Samsung recognized after less than two months on the market that the product it hoped would knock Apple off its pedestal could be its own ruination and took the necessary action. On Thursday it announced it would offer $100 to Note 7 customers who exchanged it for another Samsung model, which is a small first step in moving forward. It will be interesting to see how it goes about trying to restore the luster to its brand in the