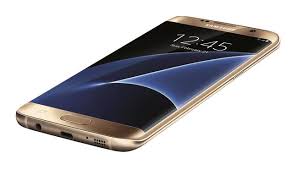 My default is generally not to believe what people tell me.

It makes for lovely surprises and relatively few disappointments.

I therefore wonder about a new survey that suggests a large proportion of Samsung customers will never buy another Samsung phone again.

Or at least they say they won't.

Conducted with 1,000 people by e-commerce platform Branding Brand, the survey mined respondents' feelings on October 11 and 12.

A fulsome 40 percent said they were done with Samsung phones, after the company managed to turn a problem into a debacle.

Should you have switched off from the world in recent weeks (and who could blame you?), the Galaxy Note 7 was recalled not once, but twice after the phones kept smoking, exploding and catching fire.

Samsung is now offering a $100 enticement to make customers feel better. When has a mere $100 ever made anyone feel better?

Moreover, when over 1 million Note 7s are still somewhere out there and when the FAA has banned the phones from planes -- switched off or not -- you might imagine that the Samsung brand is covered in grime and confusion.

Currently, though, this survey suggests that 30 percent of Samsung owners will buy iPhones, 8 percent will buy the Google Pixel, and 62 percent will stick with some sort of Android device.

Samsung didn't immediately respond to a request for comment.

In time, though, I suspect the deciding factor for many won't be bribes or advertising. It'll be the next phone Samsung releases.

If it's gorgeous and doesn't blow up, many of the 40 percent will show a remarkable forgiveness.