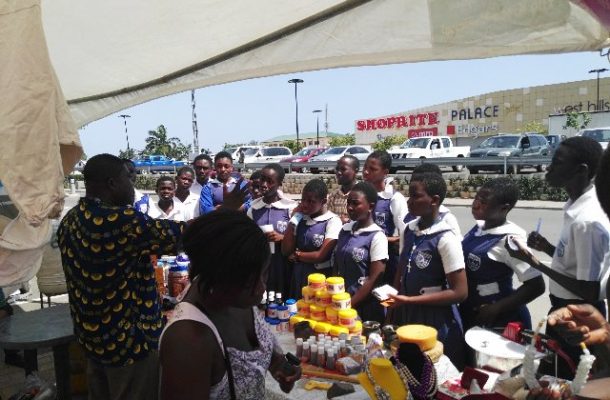 Some 500 small-scale entrepreneurs from 161 districts and municipalities nationwide have gathered at the West Hills Mall in the Ga South Municipality to exhibit various Made-in-Ghana products, skills and technologies.

As part of the six-days 2016 REP Clients’ Exhibition and Tradeshow organised by the Rural Enterprises Programme (REP) under the Ministry of Trade and Industry, an opportunity would be provided for entrepreneurs to exchange ideas.

Speaking at the event opening ceremony, Trade Minister, Dr Ekwow Spio-Garbrah says REP is an initiative of government to create a favourable environment for businesses. The meant to increase incomes and improve the livelihoods of Ghanaians especially those in deprived areas.

“The government considers micro, small and medium enterprises very important to the national economy because they do not just constitute the majority of the businesses in the country next only to agriculture, but they play a critical role in achieving the vision of the Government of Ghana in improving the livelihoods of the masses," he said.

According to him, SMEs contribute to the creation of jobs and wealth in the country aside providing essential goods and services for Ghanaians.

Dr. Spio-Garbrah says the success of REP since its inception by the governing National Democratic Congress (NDC) in 1995 has demonstrated that with the right support at the district level many poor people can set up their own businesses and reduce the reliance on whitecollar jobs as means of earning a living.

He stressed that  many businesses that were struggling have been revived and are now growing because of the programme.

The Minister used the opportunity to announce that next year a new intervention named ENABLE Youth would be introduced under the REP, targeting graduates of the universities and other tertiary institutions to venture into agribusinesses.