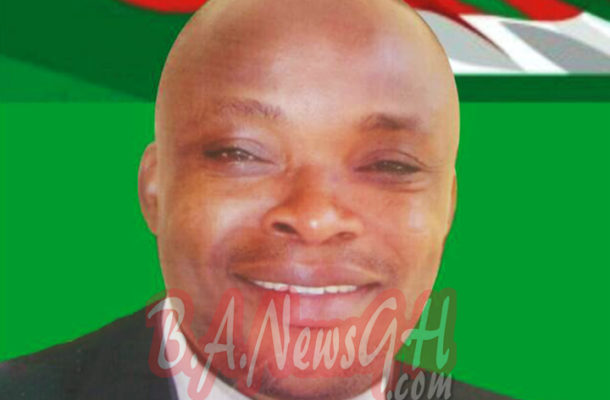 A Municipal Chief Executive of Kintampo North was heckled with boos and chants by residents when he suggested on Joy FM's Ballot Box program that the area had been inundated with development projects.

Mr Michael Justice Baffoe, in an answer to the raging unemployment situation in the region said the first four years was to allow President John Mahama to lay a solid foundation and will dedicate his second term to job creation and other important deliverables.

The MCE touted a number of development projects including electricity expansion to all communities, except three roads and other infrastructure projects which had been undertaken in the region.

"As for infrastructure, we have done exceedingly well," Br Baffoe trumpeted but the residents were angered by some of his claims.

They did not understand why he said the region had been flooded with development projects. With chants and boos, the residents interrupted the submissions of the MCE for some few minutes before later allowing him time to proceed with his comments.

The Joy Ballot Box is an issue based political program geared towards teasing out the salient issues that voters across the country want addressed.

The Box had gone to the Ashanti, Greater Accra, Volta and is now at Brong Ahafo region. In each region, residents had their own peculiar challenge and issue they wanted aspiring parliamentary candidates and the party that will form the 2017 government to resolve.

A total of 348 residents cast their ballots to select the key issues of concern to them ahead of the 2016 elections.

Some 34 of the voters complained about first class roads they claim had become death traps to resident. Over 60 people died on the Kintampo-Tamale Highway in February this year, an accident the residents claim was preventable if the defects on the road had been fixed.

Apart from the defective roads, 30 voters said they wanted the issue of youth unemployment to be addressed and 19 wanted the markets to be expanded.

A number of Parliamentary aspirants, Members of Parliament, DCEs and officials of state were present to address the grievances of the residents

George Mensah a Parliamentary candidate for the CPP said an Ivor Greenstreet government will pay particular attention to the road by constructing speed rumps, put up traffic lights and to make towing vehicles available on standby to tow vehicles that may develop faults on the major highway.

Victor Amoako of the PPP said the road network needs serious attention. "Work began on it long time ago but was truncated for close to seven to eight years now.

"I do not know how many years it has to take for government realizes that we have been disappointed by the first contractor. Four months to elections we are being promised that the road will be fixed. We hope they will.

He said a PPP government will empower the MTTD and equip them with speed radar to monitor the speed limits of drivers all in a bit to stop or mitigate the accidents recorded on that stretch of road.

In a rebuttal Mr Baffoe however stated that the government will fix the problem with the road by September this.

"I want to tell my colleagues from CPP and PPP that they will not come to meet this problem. So how will they fix them," he said to a rapturous applause from the crowd.