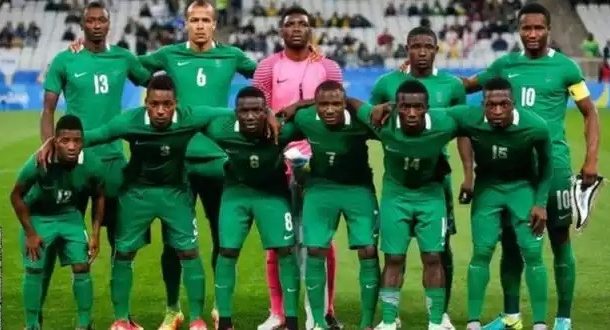 A benefactor has promised a bonus of $30,000 to each Nigerian player should they win gold at the Rio 2016 men’s Olympic football tournament in Brazil.


Celebrated Japanese plastic surgeon Katsuya Takasu announced his desire to reward the 1996 Olympic football champions, along with $20,000 for silver and $10,000 for bronze after hearing about their financial woes. “I read about the financial problems affecting the team and I felt the need to make a big contribution,” Takasu told BBC Sport.

“I am not doing this for media attention but to motivate a team with an indomitable spirit. I fell in love with the Nigerian team because despite all these problems they are in the quarter-finals of the Olympics. “Whether they win or not, I will still donate something to help alleviate the challenges in paying their bonuses and allowances.”

The Nigeria Football Federation (NFF) were impressed by this gesture but are being careful. “I have been in direct contact with Mr Takasu and impressed by his gesture,” NFF vice-president Seyi Akinwunmi told BBC Sport. “But we need not get carried away because the integrity of the country is at stake.

“First we must check about this. Significantly, the team has an important game and we need to focus on that.”

Before arriving in Rio, the ‘Dream Team VI’ were held up in Atlanta, USA, because of a problem with the payment for their flight.

The 1996 Olympic champions only landed in Brazil just hours before their opening 5-4 win over Japan. Nigeria had a troubled build-up to their quarter-final against Denmark in Salvador on Saturday.

The players boycotted a training session in a dispute over pay, and their injured top scorer with four goals – Ogenekaro Etebo – has been ruled out of the match but will return should Nigeria advance to the semi-finals.

Meanwhile, the Nigeria Olympic team have now received their camp allowances from the government, according to the team’s media officer Timi Ebikagboro. “The sports ministry has cleared all camp allowances of the team in Brazil. “Players and officials have now been paid 22 days allowances,” said Ebikagboro.