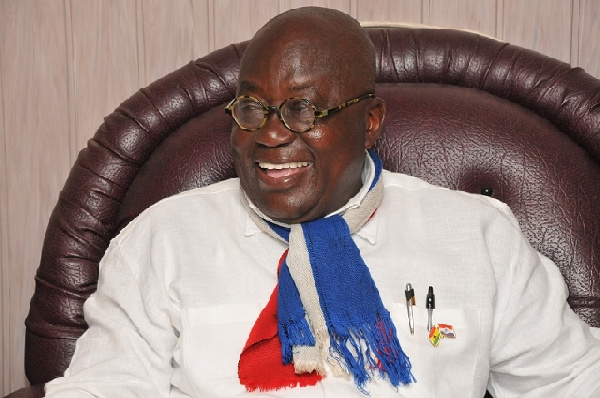 At least 57% of Ghanaians have given thumbs up to the Akufo-Addo administration in a poll conducted by the Institute of Economic Affairs (IEA).

The Twitter-based poll by the think-tank gauged how Ghanaians were satisfied with the performance of President Akufo-Addo over the past three-and-a-half years.

IEA Ghana on the 16th of October 2020, administered a poll on its Twitter Handle @IEAGhana and asked as follows, “how satisfied are you with the performance of the current government over the past 4 years”. Respondents had four options to choose from, namely; “Very satisfied, Satisfied, Dissatisfied, and Very dissatisfied”.

The results of the poll according to some social and political commentators who have expressed their opinions about the development seem to suggest that the flagship programmes of government such as the free SHS, Planting for food and jobs, one district, one factory, one village, one dam among others have caught on well with the Ghanaian people.

Additionally, some comments also point to the fact that the Ghanaian people appear to be happy about the level of leadership shown by President Akufo-Addo in the fight against the novel coronavirus, COVID-19. With forty-nine (49) days to election 2020 (7 weeks), if the IEA polls is anything to go by, there is a clear indication that the Ghanaian people have made up their mind to maintain President Akufo-Addo in office.

How satisfied are you with the performance of the current government over the past 4 years? #IEAGhanaPolls #2020DecemberElections— IEA Ghana (@IEAGhana) October 16, 2020

Both the NDC & the NPP have had a chance to govern the country in 2012-2016 and 2016-2020, respectively. Based on their previous manifestos/performances, which party do you think will be better at achieving its manifesto promises within the next 4 years?— IEA Ghana (@IEAGhana) September 12, 2020