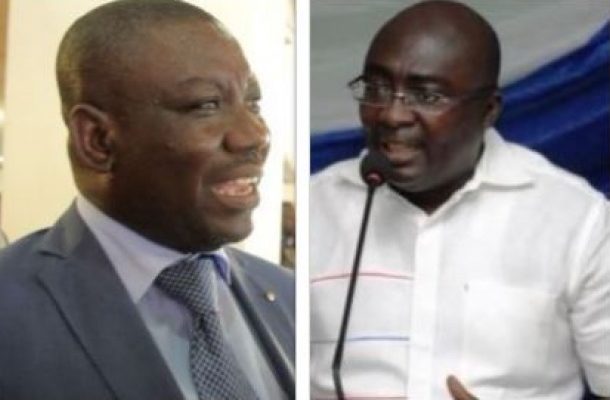 Dr Bawumia had said that government will be constructing 570 dams under the One-Village-One-Dam policy initiative.

“My question is, where is Dr Bawumia getting his numbers from? Doesn't he know that there's an approved budget for this and he can't spent beyond what the appropriations act (budget) says? Where's he going to get the extra budgetary funding for the 470 dams?

“What sort of head of economic management team is he? How can an economist of his caliber and a vice president of this republic who claims to be a champion of fiscal responsibility council conduct himself in this way?

“He is seeking to commit government to spend an amount of GHS310,200,000 for the extra 470 dams (representing 470% budget overrun). This is unplanned and unbudgeted. A clear case of fiscal irresponsibility and financial indiscipline”.

“It is highly reckless, irresponsible and smacks of gross misunderstanding of the budget process. This should not be coming from the man who heads the economic management team”.

“Is this the man who says he's competent and others in NDC don't read? Lord have mercy. By the way, who are his advisors? People must be fired for allowing this man to ridicule himself each time he speaks,” the statement added.