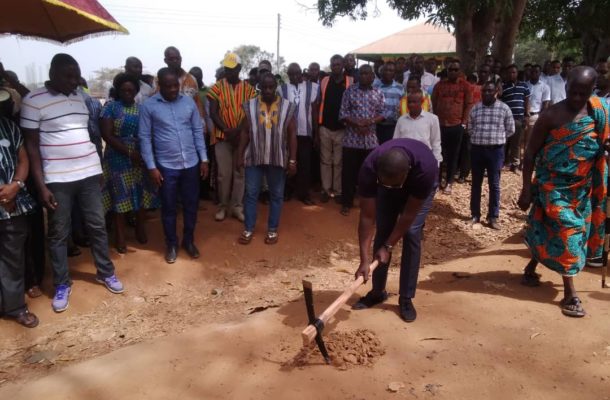 Hon Bryan Acheampong, Member of Parliament (MP) for the Abetifi Constituency has cut sod for the construction of an 8-kilometre road at Abetifi in the Kwahu East District of the Eastern Region.

When completed, the project will link more than 10 communities in the area to the Abetifi township.

The roads which have been awarded to Feeder Roads have been in a deplorable state for a very long time and are expected to be completed before the end of the year.

Bryan Acheampong disclosed that “roads make a crucial contribution to economic development, growth and bring important social benefits. In order to make a nation grow and develop, roads are of vital status. For these reasons, road infrastructure is one of the most important of all public assets".

The Minister of State In – Charge of National Security noted that he will do everything possible to begin the construction of the Abetifi hospital.

The Chief of Abetifi, Nana Aseidu Agyemang III also expressed gratitude to the President, Nana Akuffo Addo for adhering to their cry to construct bad roads in Kwahu.

In furtherance, he commended the MP haven revealed that 16 roads will be constructed this year in the constituency.

According to him, the construction of roads in Kwahu East will expand its territories to boost business and provide easy transport for natives.

He pleaded with the government to see to it that other roads in Kwahu are constructed and called on the constructor to do a diligent job to prolong the lifespan of roads.

The constructor, Kwasi Quao on his side also called for the backing of the people in the area so he can deliver the best of service. 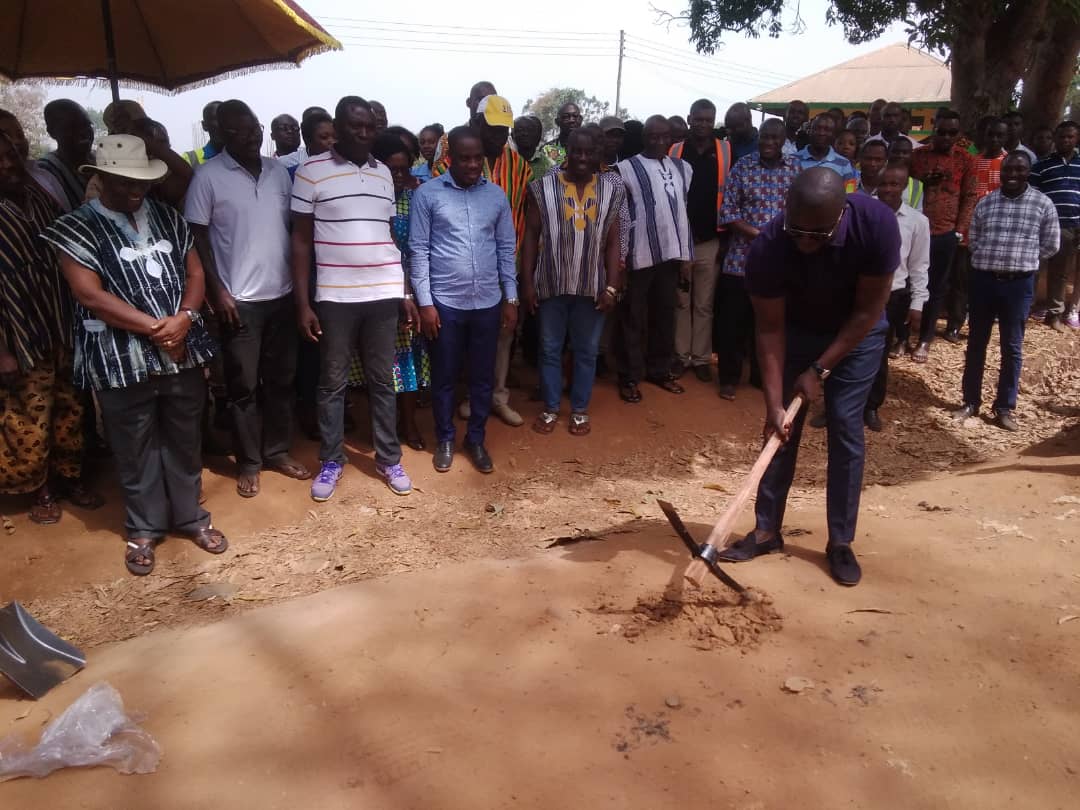 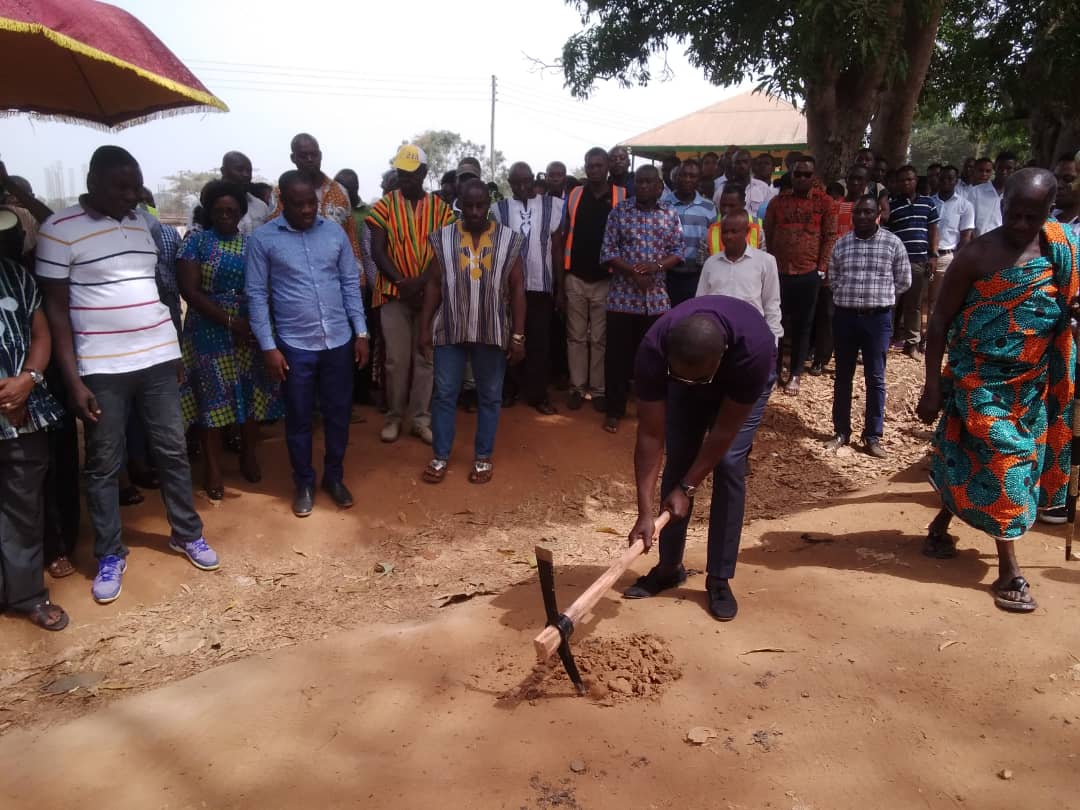 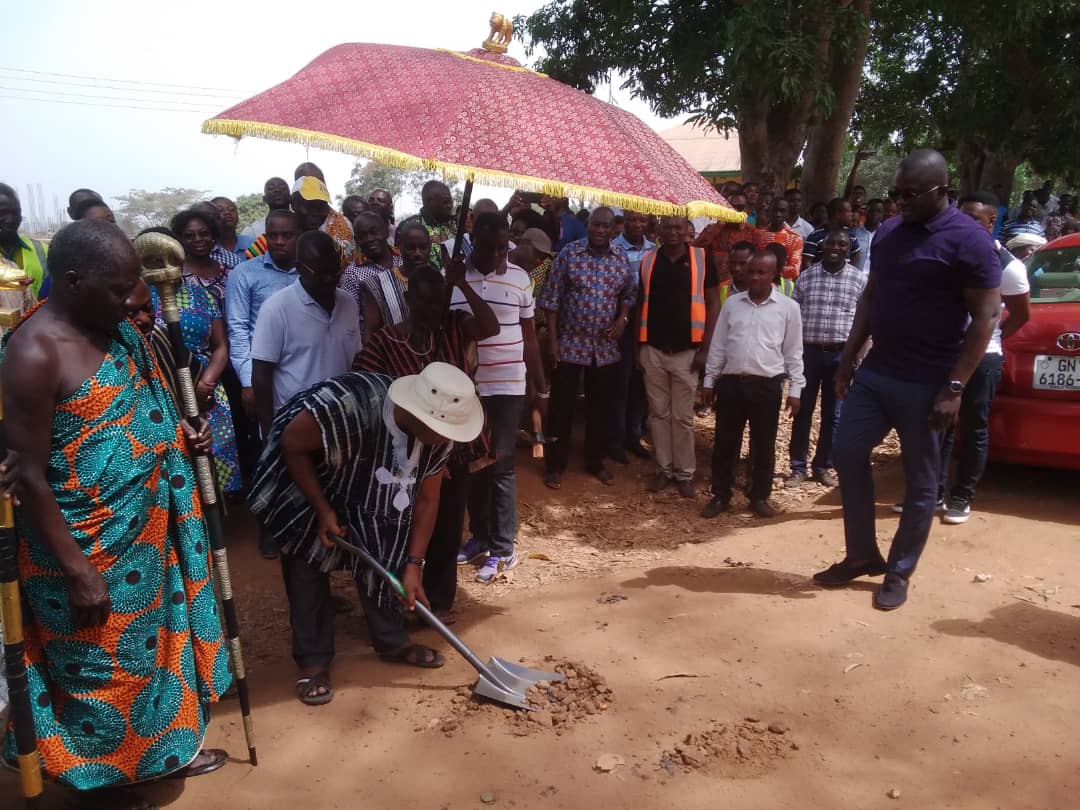