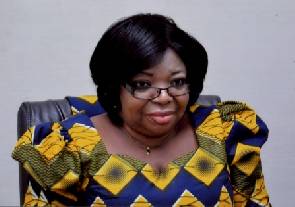 About 8 indigenous insurance companies risk losing their licenses if they fail to meet the new minimum recapitalization requirement set by the Nation Insurance Commission (NIC).

Citi Business News has learnt about 10 out of 46 insurance companies are yet to meet the new recapitalization requirement.

Most of the 10 are domestically owned.

Speaking to Citi Business News, the Deputy Commissioner at the National Insurance Commission, Simon Nerro Davor said the commission will crack the whip if the 10 companies fail to meet the recapitalization requirement.

“As at now we are of the view that any insurance company who is not able to meet the minimum requirement which was issued in our solvency framework last year by the end of the third quarter of this year, we will have to take action against.

Everything we do is according to the dictates of the insurance law. The insurance law is so clear that if you are not able to meet the minimum capitalization requirement then meaning a certain regulatory actions has to be taken against you.” He said.

Simon Nerro Davor further stated that “when we start the regulatory process it could lead to liquidation, it can lead to transfer of assets or lead to anything. So we are saying that all the insurances companies have up to the end of the third quarter to capitalize or all the measures recommended in the insurance law will be followed to have them taken out.

This formed part of moves to build the capacity of the local insurance industry to be able to underwrite big ticketing transactions like insuring the petroleum upstream activities such as the insuring of the Floating Production Storage and offloading vessels among others.