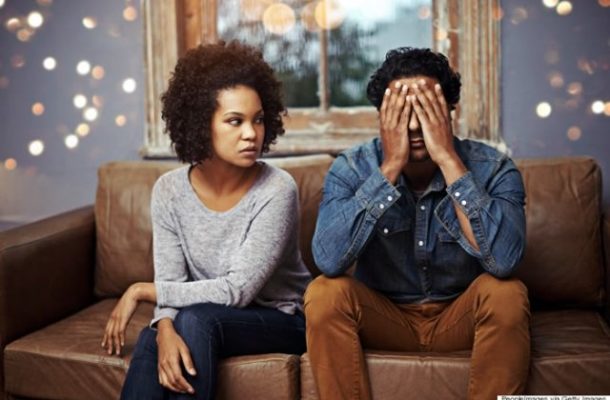 At this point, you should know that sex isn't the only reason to be in a relationship with someone.

But sex is a big component of a relationship for many couples. Establishing sexual compatibility is vital for a healthy relationship, and if it isn't there, some couples might just call it quits.

It is also possible, however, to be in a committed relationship with someone, consider yourself to be in love with them, and not really want to have sex with them. In fact, not only is it possible, it's more common than you think — last year, a study found that women tend to lose interest in sex about a year into a relationship.

All the same, there is an undeniable stigma around people who are in a relationship but might not be into sex, which means that people aren't talking about it as much as they could be.

Recently, to start more discussion on the topic, a Reddit user asked people to share how things panned out when they still loved their significant other, but had stopped being attracted to them. Scroll through to see what they had to say — you might be surprised by how much you relate.

"He was not a good partner in terms of the practical aspects of life together. I did all the laundry, all the cleaning, all the emotional labor, etc. Sexual attraction was strong before we moved in together because I wasn't doing those things; once we moved in together, and I realized the dishes would never be washed if I didn't do them, sex declined rapidly. The resentment that built over his lack of respect for my time and my labor completely overpowered sexual attraction. He never seemed to understand why I wasn't horny after picking up his dirty socks and throwing out the wrappers he left laying around everywhere." - Reddit user Napsaremyfavorite

2. Birth control and antidepressants can have a negative impact on sex drive.

"My boyfriend and I have experienced a sexual attraction decline but I love him to death. If I'm not in the mood he doesn't mind. I'll go a month without wanting sex because of my birth control and antidepressants and he doesn't mind. So I think we are fine." - Reddit user Jennifurbie

3. Attraction to their partner diminished over time.

"I loved this man and was with him for years, but we had so many problems because I was almost never in the mood for anything sexual, so over time he obviously became quite frustrated. To be honest, now I try to only date guys I am very attracted to because of this experience." - Reddit user Pidgeon_English

4. They realized they weren't compatible enough with their partner anymore.

"I realized I didn't love him romantically anymore but just as a friend. It was similar/same for him about me. We became like buddies rather than a romantic couple and broke up over that. We were both young, early 20s, and not experienced enough in dating. I still cared for him, I wanted him to be happy, I would get upset if he was upset. But thinking about a future together as a couple went from being a heartwarming feeling to something unpleasant. I didn't understand the exact reason back then but now looking back, we grew apart as people. We weren't compatible enough anymore and we were too young to work on it more than we already had." - Reddit user Redhaired103

5. Being asexual makes it so that sex isn't the main point of the relationship.

"Since I'm asexual, I've never been sexually attracted to any of my SOs. I've had my fair share of relationships that eventually ran their course for a variety of reasons, not always because of sexual compatibility reasons.

I'm currently married to an amazing guy. I'm not sexually attracted to him, per usual for me, but things are absolutely perfect between us. We've been together for six years now, and things are only getting better.

He's perfectly content having sex maybe once a month. It's often enough that he's satisfied, but infrequent enough that I don't mind it. He's never pushy about sex like some guys I've dated, never tries to guilt me or pressure me into things, and has proven on several occasions that if I don't feel up to it or I need to stop halfway through, there are no hard feelings whatsoever." - Reddit user NinjaShira

"I don't have a whole lot of sexual feelings in general, but absolutely none relating to my husband. We are busy enough between two very young kids and caregiving for a relative that we haven't fully noticed. I do wonder how things will be when the parent I care for dies and when our kids are older. Maybe we will have a relationship and the feelings will come back." - Reddit user ScimtarJane.

7. Both parties were sleeping with other people.

"We both ended up sleeping with other people and decided it would be best to end things. It was rough, especially for me, but it was the right choice in the end. Chemistry is important to me in a relationship, without it I'd just feel like they were a close friend or family member." - Reddit user Heywheresthecoffee

8. They decided they were better off as friends.

"We broke up. It worked out well, though. I explained the 'triangular theory of love' to him having taken a human growth and development class in college. We both looked at it and told each other which 'loves' we felt for one another. We ended up both falling into the 'companionate love' area. So we went through with the breakup but stayed very good friends." - Reddit user Maarsargo