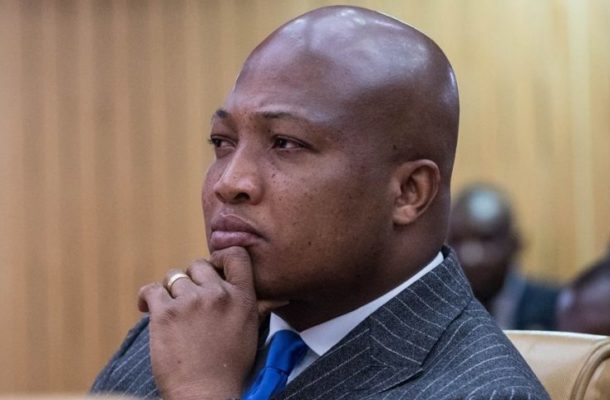 Member of Parliament for North Tongu Constituency, Samuel Okudzeto Ablakwa, has disclosed that some Western Togoland separatists who sought the support of the overlord of the Dagbon Kindom Yaa-Naa Abubakari Mahama II were sacked from the Gbewaa Palace.

Speaking in an interview with Kwame Nkrumah Tikese of Okay Fm monitored by GhanaWeb, the MP said for the swift intervention of the Yaa Naa, the secessionists would have ended up whipping up more support for their agenda.

“Do you know that a delegation of this group had earlier gone to Dagbon to confer with the Yaa Naa? Our luck is that Yaa Naa swiftly drove them out of Dagbon and National Security is aware of this.”

According to the MP, the purpose of the visit by the separatists was to engage the Yaa Naa in gaining his support and that of the people of Dagbon in demanding the independence of the Western Togoland which became a part of Ghana after a plebiscite on May 9, 1956.

“They have the original Western Togoland map and they know that Dagbon used to be a part of it. So they went there to solicit support. They went there demanding that the Yaa Naa should partner with them to wage the battle and they are consulting other chiefs. I know of other arrests that has been made in other regions,” he disclosed.

The Volta Region on Friday, September 25, 2020, was thrown into a state of chaos as members of a secessionist group, seeking the independence of the area to become the Western Togoland, staged spontaneous attacks in various parts of the region.

The attacks included blocking major entry points to the region as well as attacks on the Aveyime and Mepe police stations all in the North Tongu District.

However, according to Mr Okudzeto, even though the secession campaign has largely been fronted by people supposedly from the Volta Region, majority of what is the Volta Region today was not a part of the Western Togoland.

He cautioned that “If our leaders don’t take this threat seriously and use superior intelligence gathering to counter and nib this in the bud, this has the potential of destabilizing not only parts of the Volta Region but the whole country.”