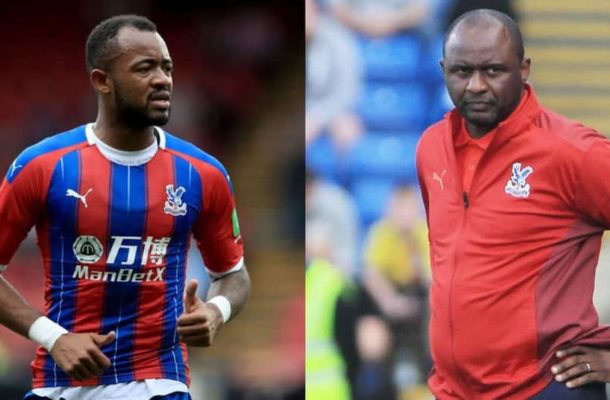 In many respects, it's hard to believe that Jordan Ayew is only 30 years old. Indeed, when one thinks about the evergreen Ghanaian attacker, your mind goes back to his debut back in 2010 when the world witnessed the emergence of one of Africa’s most exciting talents. Twelve years on from his first outing for the Black Stars and Ayew, astonishingly, remains one of the outstanding performers in the Premier League for his side Crystal Palace. The passing of time doesn’t appear to affect one of Ghana’s favorite sons.


This, at least, is the view of his club manager Patrick Vieira who recently praised Ayew’s output during a hard-working draw against high-flying Liverpool at Anfield. Ayew wasn’t alone in receiving the stamp of approval from his manager with fellow attackers Eberechi Eze and Wilfried Zaha also credited for their work rate against Jurgen Klopp’s team. Naturally, the point that the Eagles earned on the road against the 2019/2020 Premier League Champions has put Ayew’s Palace in the spotlight with talk centering around how far this team can go this season under Vieira.

Interestingly, the Bet365 odds on a top-half finish suggest that the Eagles stand a very good chance of ending the campaign in the top ten having been priced at just 5/4. Admittedly, those are odds that will appeal to fans given that Vieira’s charges occupy the top half of the table after the first three fixtures of the season. With this in mind, punters wanting to take advantage of that price can use these steps which list the Bet365 registration process and what is required to sign up with the bookmaker in order to place a bet on the Premier League.

Palace on the up


It should be said that Palace continue to make an impression on those who watch them, which is why there will be a host of football enthusiasts backing the Eagles to gatecrash the top ten.

Yes, this is a sentiment that has undoubtedly gathered belief after a thrilling 1-1 draw at Anfield but the truth is that Vieira has worked wonders with this team since he was appointed at the start of the 2021/2022 season, with Ayew in particular, helping his manager establish his playing style. Indeed, at the core of the Frenchman's philosophy is the Ghanaian, who has been used in 34 out of 41 Premier League games since the start of the 2021/2022 campaign.

Essentially, the Palace boss knows exactly what he will get from the industrious Ayew, whose game is just as much about pressing the opposition as it is scoring. Undoubtedly, it is this willingness to follow his manager’s demands of outrunning the team they are playing that has made Ayew the first name on Vieira’s matchday teamsheet since the Frenchman arrived at Selhurst Park.

The 2022/2023 season does feel as if will be one of the most rewarding yet for Crystal Palace who, with help from the selfless Ayew, will look to shake up the status quo in the English top-flight.