A Plus, Captain Planet react to Dormaahene and Asantehene's clash 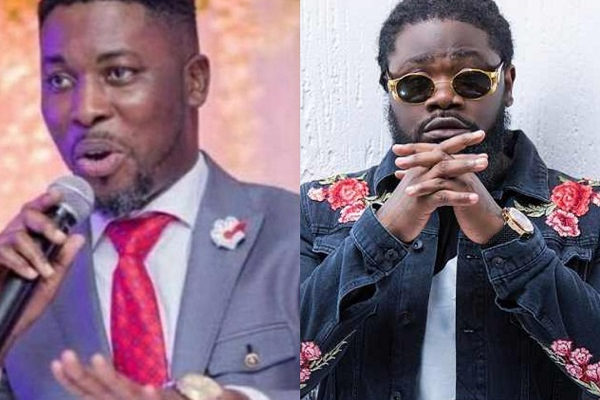 Ghanaian musicians, Kwame A Plus and Captain Planet of 4X4 fame believe that there is "violence" brewing between Asantehene and Dormaahene.

Asantehene, Otumfuo Osei Tutu II, in a speech at the first Council Meeting in the Ashanti Region appeared to have responded to claims made by Dormaahene, Osagyefo Oseadeyo Agyeman Badu II.

Dormaahene during a press conference noted that no part of his traditional lands belong to the Ashantis but Otumfuo has countered the claim noting that parts of the Brong-Ahafo fall under his kingdom.

Dormaahene is quoted to have said: “No land within my traditional area belongs to the Ashantehene,” he stated at a press conference ostensibly in reply to a comment by the Ashantehene, Otumfuo."

Otumfuo Osei Tutu II in what seems like a clash has challenged the Dormaahene.

"People should not make the mistake that Brong-Ahafo is not part of Ashanteman. It is, and I, the Ashantehene, represent the authority of Ashanteman...Bono East too, anybody trying to raise his or her shoulders must be careful, not under my watch. If you claim you are a man, I am also a man, but I love peace. And with Drobohene my uncle lifted you up in 1948," said Otumofuo at the council meeting.

Kwame A Plus on Tuesday announced that the clash between the two traditional rulers will be filled with "vawulence".

His Instagram post read: "Allah fight pae!! From parliament to stadium to the kingdom of Umuofia. Ladies and gentlemen are you ready?! Let's get ready to rummmmmble. #vawulence"

Captain Planet on the other hand has tagged Ghana as a "vawulence nation".

He wrote that there might soon be a similar fight between the two rulers just like what took place in the chamber of Parliament.

"Okada Man park Park Park I Dey Get Violence Signals From Parliament To Stadium To The Kingdom Of Umuofia," he wrote in a tweet dated January 18.

Check out the posts below: 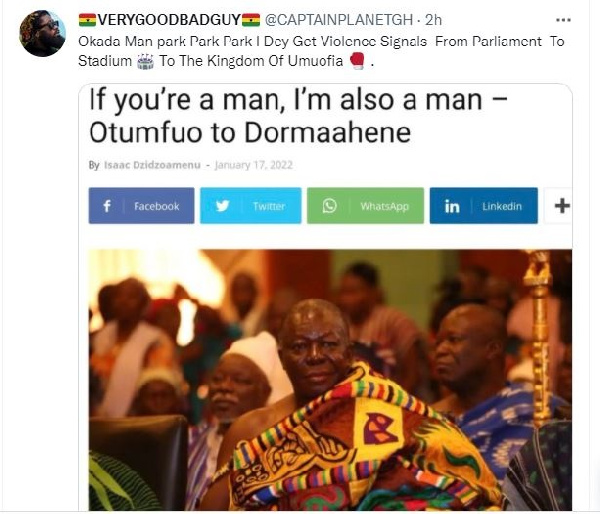 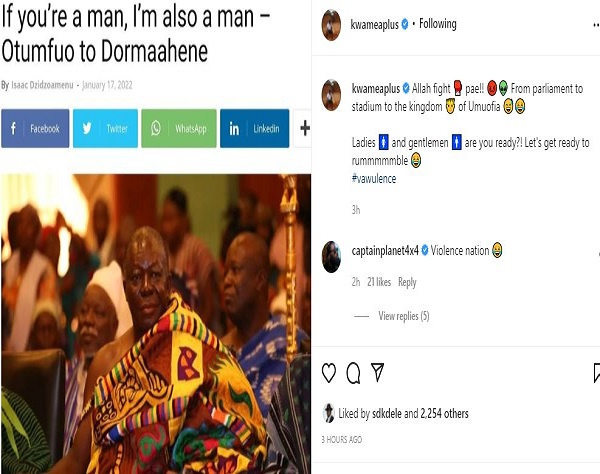