A Plus shares horrifying video of indiscriminate shooting in Kyebi Apapam 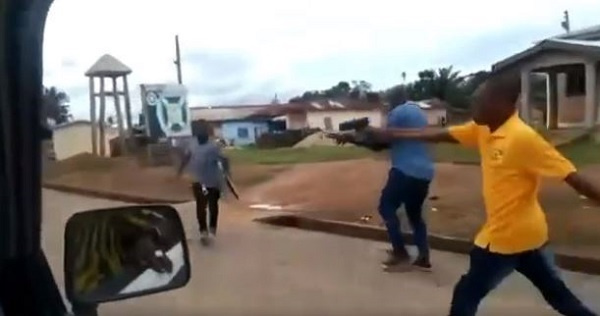 Some men were captured shooting at some individuals

In a caption on the Facebook post, A plus said a man who was spotted wearing Fugu and giving orders is allegedly the chief of Kyebi Apapam.

However, a Twitter user, Tabi_Henry, who also shared the video said the gunshots were a result of a gun battle between a government anti galamsey task force and some illegal miners (galamseyers)

Below is the video