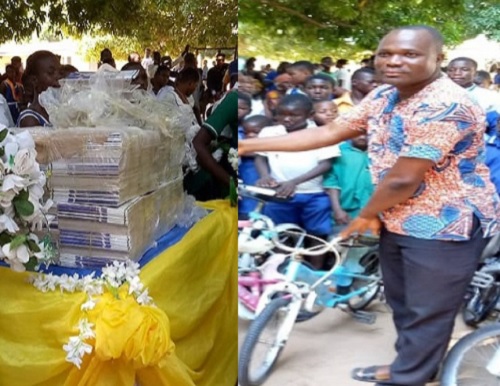 A total of 1,000 books, 23 bicycles and 37 citations were presented to the basic schools in Drobonso

The Chief Executive Officer (CEO) of Gerkings Japanese Language School, Mr. Kyeremeh Kingsford Gerald, has extended his humanitarian service to the Sekyere Afram Plains District of the Ashanti region by donating books and bicycles to children in Drobonso basic schools.

In all, a total of 1,000 exercise books and 23 bicycles were presented to the beneficiary schools to enhance teaching and learning in the district.

Some of the students and other teaching staff were individually honoured with citations. 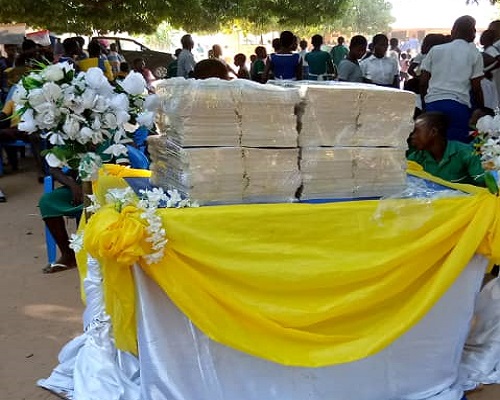 The donation comes on the back of an impressive performance put up by the Drobonso schools at the recently held Science, Technology, Mathematics, Innovation Education (STMIE) quiz competition in Kumasi.

The Administrator of Gerkings Japanese School, Mr. Yeboah Johnson, presenting the items on behalf of the CEO said, the objective of the donation was to promote education in the district.

He explained that the move was in fulfilment of the CEO's promise of awarding school kids who walk long distances to school at Drobonso if the district places first in the STMIE quiz competition.

According to him, he got aroused after the Sekyere Afram Plains District emerged winner for the second time in the STMIE quiz competition in Ashanti region.

"I was shocked when I heard my district had won the competition again. It means the teachers and the pupils are doing well in the sector of education. As an educationist, I felt compelled to do something to motivate the pupils and the teachers to enable them to do more", he said.

Mr. Yeboah said the donation will help lessen the burden on parents in acquiring books for their wards. He was hopeful that the items would help the pupils to study hard and be regular in school.

He admonished parents to take their wards' education very seriously as education remains the key to success. 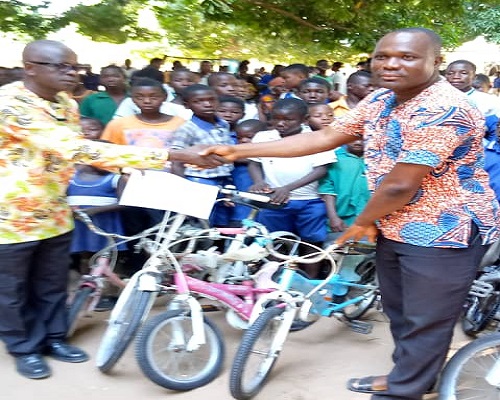 The District Director of Education, Mr. Alfred Kwadwo Boateng speaking at the event said it was a great pleasure that the district won the STMIE quiz. He thanked the teachers, chiefs, DCE and MP for the area whose efforts helped the district to attain the feat.

Nana Owusu Okrah who repped the DCE noted that out of the over 300 communities that form the district, only Drobonso is connected to the national electricity grid, and called for more solar panels in each school in the district to enable the children to win future competitions. 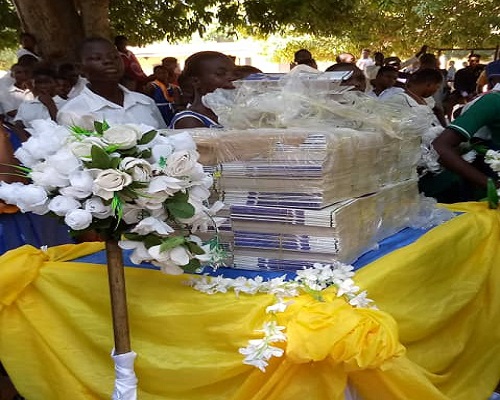 On his part, Chief of Drobonso, Nana Dwamena Dankwah Dwibisaw, who chaired the occasion, expressed his profound appreciation to Gerkings CEO for the honour done Drobonso community and appealed to other philanthropists to emulate the kind gesture. He thanked the teachers for helping the children excel in the competition. 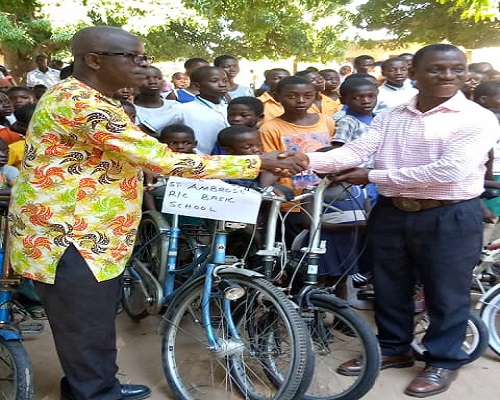 The school was opened in Kumasi in October 2019, to teach Ghanaian youth the Japanese language so that they will acquire skills to be able to study or work in the Eastern Asian nation.

With barely two months after its establishment, the Gerking Japanese Language School is delivering on its mission, which is to end the teaming unemployment in Ghana and the sub-region.

The first batch of students who enrolled in the school will graduate in the first quarter of 2020, after which the school will send them to Japan and offer them with unmatchable, professional and genuine job opportunities.

Ghanaians seeking and eager to work in Japan to attain economic freedom should seek the opportunity to enrol with Gerkings Japanese Language School as they are specialised in placing their students into industrial, technical, transport and hospitality jobs abroad.

Locate Gerkings Japanese Language School at Ohwimase Kwadaso, Rowlex Building, near the Sofoline interchange and contact the school's Administrator on 0558 094 577 or 0577 59 3 009.