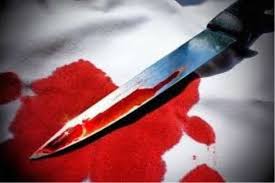 There is uneasy calm at the Efiduase Senior High School in the Sekyere East District of the Ashanti Region after a student reportedly died on Wednesday night after he was stabbed by unknown assailants.

The deceased, identified as 18-year-old Derrick Adjei popular known as Tygar Lee, a business student in form “3B” was stabbed in the neck.

Reports say the assailants attacked him at the back of the school fence wall between 6 and 7 pm last night and killed him.

There was no blood stains at the incident scene.

School authorities are tight-lipped over the incident and have denied access to journalists, as well as dozens of parents who have rushed to the school to check up on their wards access.

According to some of the students, the deceased went out from the school to watch a football match with his friends but later complained that he wanted to go and ease himself but later heard that he has been stabbed.

The body is still at the Effiduase Police station and yet to be released to the parents.