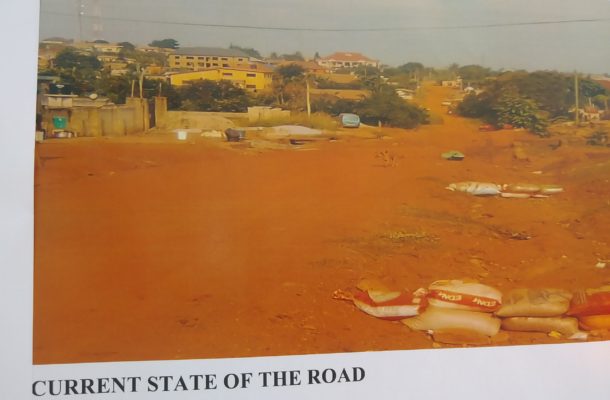 The governing New Patriotic Party (NPP), has today, Thursday, August 13, 2020, cut the sod for the construction of Kokoso-Asubonteng town roads in the Bantama constituency of the Ashanti Region. 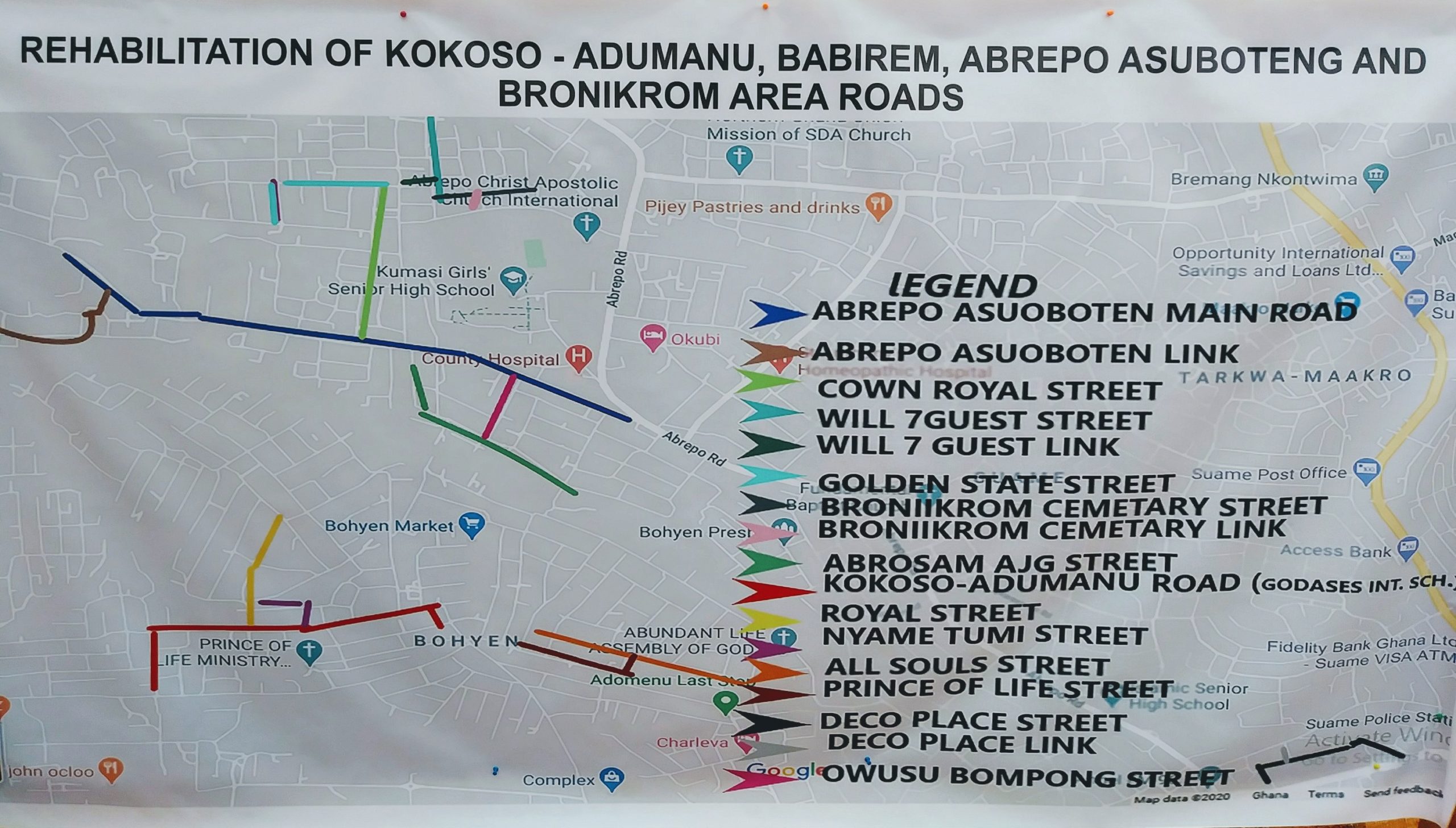 Speaking at the groundbreaking ceremony held at the Kokoso lorry station, Member of Parliament (MP) for the Bantama constituency, Hon. Okyem Aboagye said he was grateful to President Akufo-Addo and the Ministry of Roads and Highways, for finally awarding the project to a contractor as according to him, the road was in a very deplorable state.

"If there's any road in this constituency that I've continuously fought for over the years, I can tell you, it's this very road. So if today, the project has finally been awarded and we're all gathered here for its sod cutting, then we owe Nana Akufo-Addo and the Road Minister a big thank you", said Hon. Okyem Aboagye.

On his part, the Akyeamehene of Kokoso, Nana Adjei Boakye said, he was equally thankful to Nana Akufo-Addo and his NPP government for the decision to award the town roads in the area to be constructed. He said residents in area have not seen any major rehabilitation on their roads over the years.

"This road has been a major issue here. President Kufour tried to construct it but unfortunately there a change of government. So if today the NPP is in power again and they have awarded this road to a contractor, I can only express my innermost appreciation to Nana Addo and his government for not disappointing us", Nana Boakye said.

Other dignitaries who were present at the event were; Mayor of the Kumasi Metropolitan Assembly, Hon. Osei Assibey Antwi, parliamentary candidate for the Bantama constituency and Deputy Chief of Staff, Mr. Asenso Boakye.

The Special Guest of Honour was Minister of Roads and Highways, Hon. Akwasi Amoako-Attah.

Below are pictures showing the current state of the road: 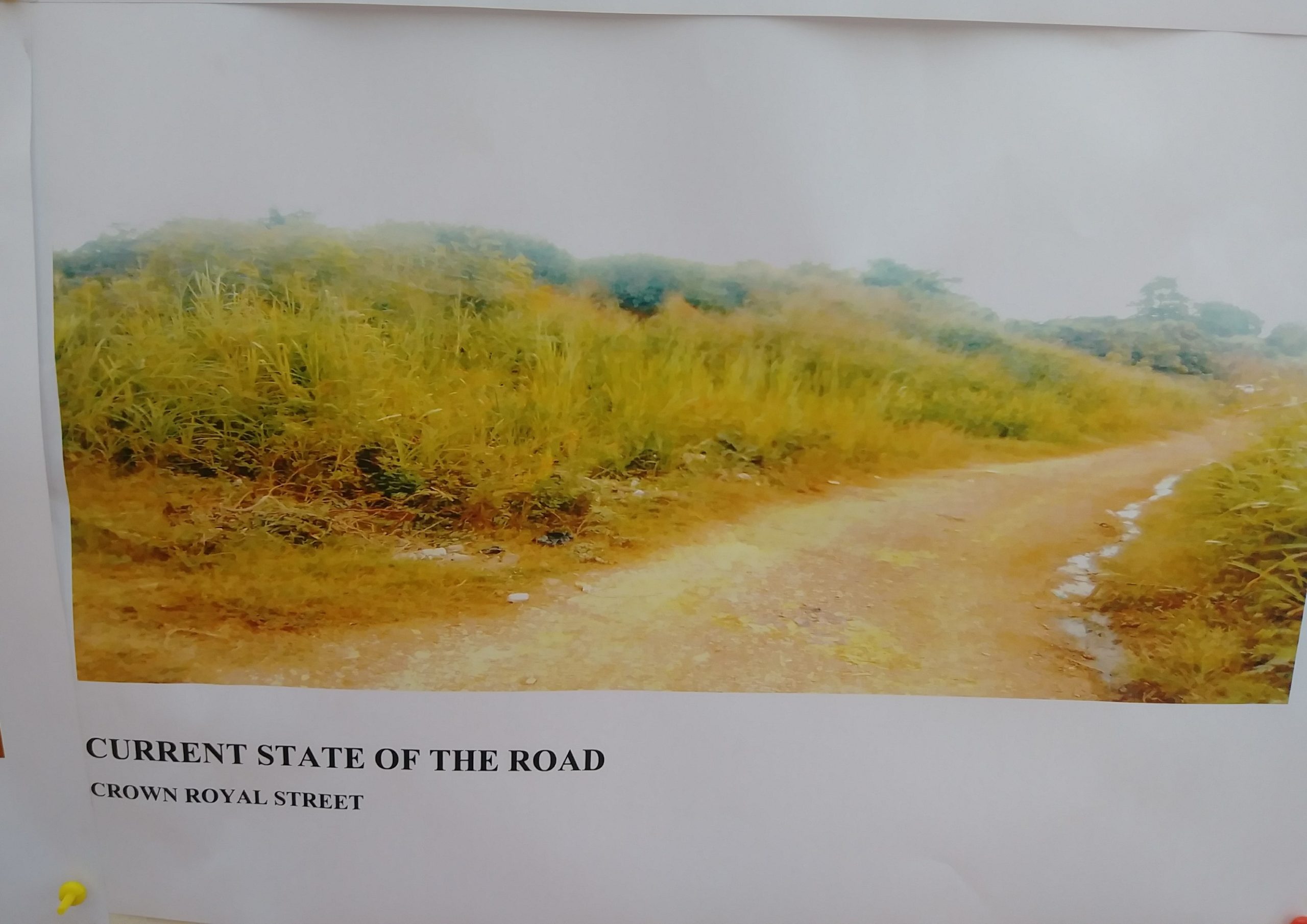 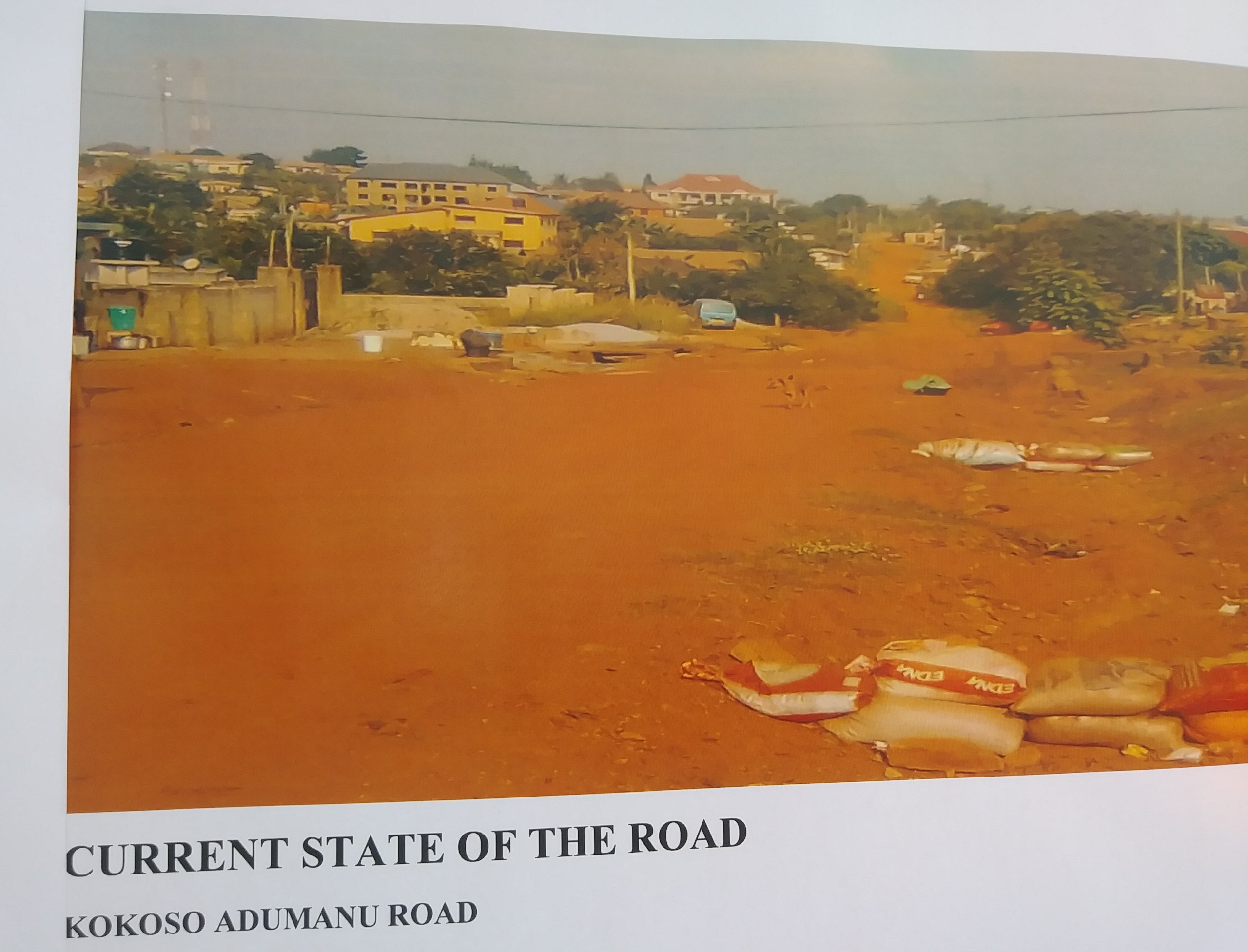