Warn your MPs against US Military base deal - Ablakwa to Ghanaians 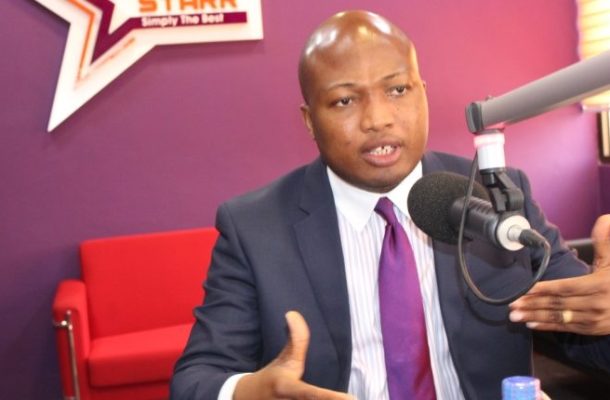 Minority Spokesperson on Foreign Affairs, Samuel Okudzeto Ablakwa, wants Ghanaians to send strong messages to various legislators representing them in parliament to back off from the controversial agreement with the United States of America for a defence cooperation arrangement that will see the US establish a camp in Ghana for its military forces.

According to him, it will be suicidal for Ghana to agree to this excessive terms in that deal, because the country stands to lose greatly from the arrangement which gives the US military unrestricted access to a host of Ghanaian facilities.

The North Tongu Legislator said he was surprised that after all the furore on the move, the Executive defied the public concerns and “had the courage to come and lay this in parliament” without considering a broader discussion on it.

“It is clear that it has assumed the partisan level, where we’re not looking at the national interest. Per the posture of the majority now, it’s clear that they want to sacrifice the national interest, but for us in the minority we’ll not be a part of this. We have indicated that we are willing to support a withdrawal and renegotiation, but we can’t approve this in its current form.”

Mr. Samuel Okudzeto Ablakwa said Ghana will be a target of terror attacks should the move go through as despite the inherent dangers in the deal.

“Everywhere that there has been a US military base, there have been terrorist attack. It is going on uptil today. The recent attacks in Burkina Faso, Niger, Mali, Somali, US installations are the target of these terrorists.”

$20 million for our Sovereignty

For him, the nation’s sovereignty is priceless and should not be sold out in such ridiculous circumstances.

“How much can you sell your sovereignty for? In my view the principle is that even for 100 billion dollars or all the money in the world will buy your sovereignty. At a time that President Akufo-Addo is championing mantra of ‘Ghana Beyond Aid’, for us to sign this agreement for just $20 million is laughable.”

The Government of Ghana on Tuesday presented before Parliament for ratification, a Memorandum of Understanding on defense cooperation between Ghana and the United States. The move will allow the US some space in the country to set up a base for its military forces.

Information available to this website indicates Cabinet approved the MoU on March 8, 2018, and recommended to Parliament to ratify the agreement to allow the US forces and their equipment unhindered access into Ghana.