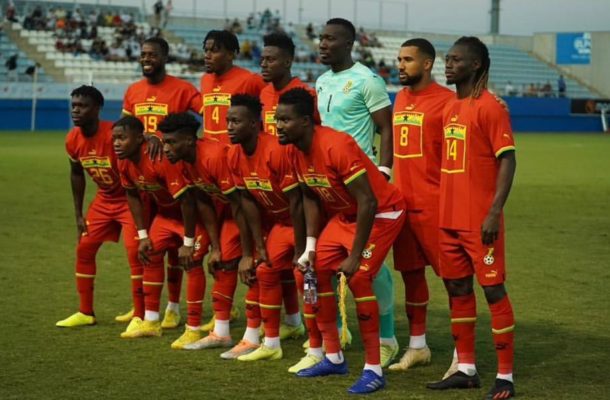 In the 17th minute, Ghana should have taken the lead through Abdul Fatawu after a cross from Kudus Mohammed but he failed to connect.

The goal finally came in the 35th minute after Kudus Mohammed exchanged passes with Daniel Kofi Kyereh but he fumbled his shot before Abdul Fatawu Issahuku gathered and curled home beyond two defenders for the opener and only goal.

Nicaragua caused a handful of problems with Acevedo Oscar Smith Aragney the tormentor but he was handled effectively by the Ghana defence.

Salisu Mohammed headed over a corner kick before Alidu  Seidu unleashed a ferocious shot which was tipped wide by goalkeeper Forvis.

Kudus Mohammed was put through in added time but the Nicaragua goalkeeper foiled his efforts at goal.

Ghana will play their last friendly match against Switzerland in November 17 at the Baniyas Club Stadium in Abu Dhabi in the United  Arab Emirates  before heading to Qatar  to participate in the World Cup tournament.