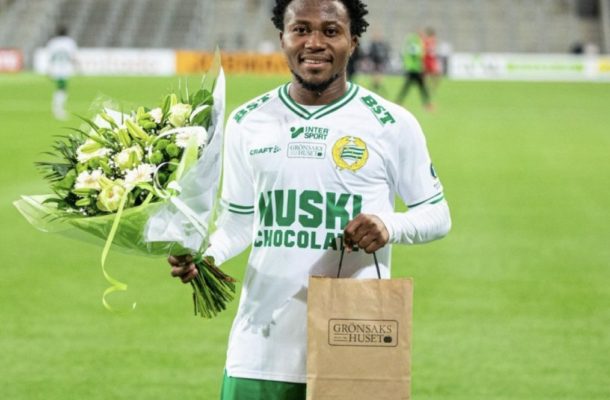 Ghanaian midfielder Abdul Halik Hudu was adjudged man of the match as his side Hammarby IF defeated Trelleborg 3-2 in the Swedish Cup game on Thursday.

Halik Hudu, a former Inter Allies player was not on the scoresheet but pulled the strings from midfield as he side staged a spirited show to progress.

The home side where the dominate team in the early stages and their dominance counted when in the 10th minute Jeppe Andersen scored for the host to make it 1-0.

Trelleborg huffed and puffed for the equalizer to send the game into extra time and got it very late in the game as in the 87th minute they were awarded a penalty which was converted by Serbian forward Petar Petrovic.

The game went into extra time before two quick goals turned it on its head in favour of Harmmarby with goals coming from Gustav Ludwigson and David Accam.

He enjoyed a successful loan stint at Sundsvall last term.