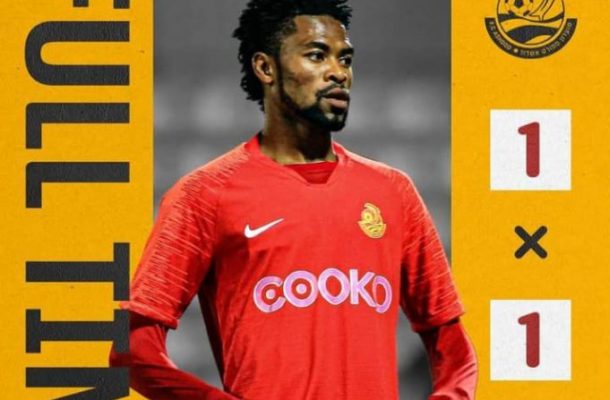 It was a debut delight for Ghana U-20 midfielder Abdul Mugees Zakaria as he rescued a point for his side FC Ashdod in their encounter with Ironi Kirtay Shmona.

The home side were dealt a huge blow very early in the game played at the Yud-Alef Stadium. as they went behind through a Mohammed Shaker strike in the 37th minute of the game.

Ironi Kirtay Shmona went into the break brimming with confidence after the slender 1-0 lead.

The home side huffed and puffed but the equalizer will not come but young Ghanaian midfielder Mugees Zakaria was introduced into the game with 30minutes left on the clock as replacement for Moussa Bagayoko.

Three minutes after coming on the home side pulled parity through the Ghanaian midfielder after he smashed home with his left foot after being teed up by Gordana.

Mugees was part of the Black Satellites squad that won the 2020 U20 WAFU Championship in Benin.