Abdul Razak Bawa writes: Is nature working against Akufo-Addo and the NPP? 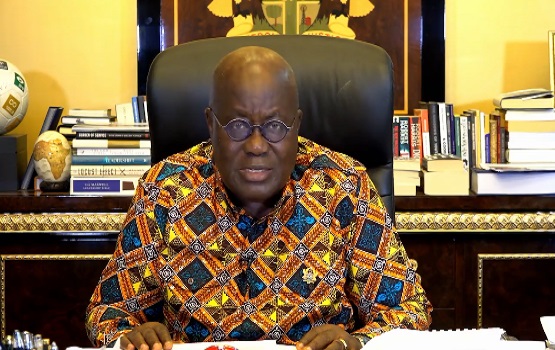 Aristotle, the great philosopher, opined that only thinkers should be permitted to lead. Leaders are thinkers.

Until the NPP and President Akufo-Addo changes the song, nature will continue to dance according to the tune.

The administration of President Akufo-Addo since inception has not hidden its intention to perpetuate itself in power. Every decision and every action has only one agenda in mind; to win the 2020 elections by any means necessary.

Among the factors put in place to ensure the victory of the president and his party was firstly the unjustifiably sacking of the Electoral Commissioner, Madam Charlotte Osei. The process to have her removed started immediately, she was appointed to succeed Dr. Kwadwo Afari Djan.

She was vilified, tagged and called names, even the fact that she presided over an election that gave the flagbearer of the New Patriotic Party an overwhelming victory over John Dramani Mahama, could not stop them from going ahead with the plans to axe her.

Once Charlotte was out of the way, another scheme was hatched and that was the closure of some radio stations critical of the government, notably Radio Gold.

All these were done as a deliberate policy to remove every stumbling block that could derail their diabolic plans.

They proceeded to the third leg of the plan, which was the roll out of the National Identification Card. Let me hasten to add that, I am not against the issuance of the NIA cards, in fact it is long overdue, something that started under president John Agyekum Kufuor, shouldn’t have taken this long to see its realization, but rather it is the intention behind the national roll out.

Both Vice-president Dr. Mahamudu Bawumia and Senior Minister, Yaw Osafo-Marfo, have on different occasions intimated that the Ghana card will be used for this year’s election.

This was to be followed by the mother of all the schemes, the compilation of a new voters’ register.

All the valid arguments made by political parties, civil society organisations, as well as well-meaning Ghanaians, have fallen on death ears. The EC acting on the instructions of the president, are relentlessly in their quest to change a register that has been tried, tested and proven to be good for purpose.

Jean Mensah, who is more political than the person who appointed her, has suddenly become deaf and dump. This is someone who as head of the Institute of Economic Affairs, spoke strongly against the compilation of voters’ register in election year. Today with her at the helm of affairs at the EC, is going against her own words, that is so much for principles.

All these diabolic plans to steal the mandate of Ghanaians, were rolled out and then came coronavirus.

When the mass Ghana card registration exercise was rolled out, the Authourity decided to start the regional registrations from the regions they know the National Democratic Congress (NDC), has a relative advantage.

Conveniently, the Eastern region, which is the home region of the president, was the last to be covered.

The registration barely took off when an injunction was placed on the authourity, because of the outbreak of Covid-19. The injunction was subsequently set aside by a court of competent jurisdiction, but time was not their friend as the virus, had taken root in the country.

On Sunday March 15, the president in a televised address ordered the closure of all educational institutions and public gatherings with effect from Monday, March 16, 2020.

With God on the side of the people, he forgot to mention among the activities that are allowed to continue, but human interaction must be limited is the Ghana card registration.

Again; for the second time within a week, the Electoral Commission of Ghana, has been forced to withdraw the Constitutional Instrument (CI) it laid before Parliament.

A similar thing happened last week, before parliament was suspended indefinitely, when the EC had to resubmit the document again.

The election management body, through the C.I., is seeking to exclude the current voter ID card and birth certificates as primary documents in compiling a new register of voters.

Consequently, the document would have to be re-laid before the House and it must go through the necessary twenty-one-sitting-day period afresh.

You may say the divine hand of God is at play.

When you plan evil against your people, nature will ensure that, you never go through with that diabolic act, especially when it is against the wishes of the people.

That Akufo-Addo, is not the perfect president for Ghana at this point in the 21st century is not in dispute.

What is gradually being acknowledged is that God is exposing his every move.