Abe: Japan can triumph at Poland 2019 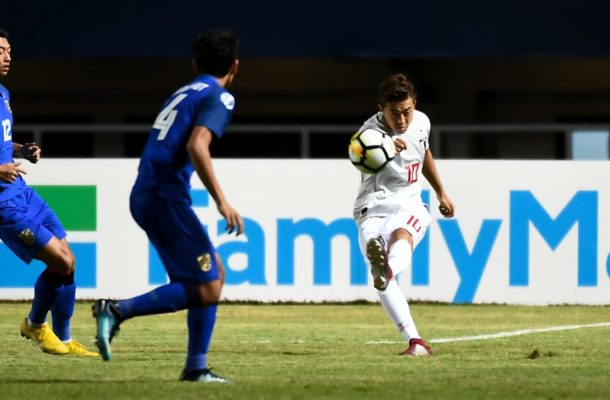 Kuala Lumpur: Winning the AFC Champions League, claiming J.League Rookie of the Year and scoring at the FIFA Club World Cup − 2018 was certainly a memorable year in the fledgling career of Hiroki Abe.


Now wearing the Number 10 jersey at Kashima Antlers, the 20-year-old is hungry for more success this year, for both club and country.

While currently focused on Kashima’s domestic and Continental campaigns which began last month, Abe will be hoping to impress for Japan at the FIFA U-20 World Cup Poland 2019 in May.

The hard-working, left-sided livewire will no doubt be able to draw on the experience of playing on the global stage at the FIFA Club World Cup − where he came up against Continental kings Chivas, River Plate and Real Madrid − before taking to the world stage again at Poland 2019.

"2018 was the most fulfilling year of my life. Every match was a great experience for me," Abe said. "The Club World Cup enabled us to get experience playing against teams representing each Continent. It was a precious opportunity to test ourselves against teams from around the world."

Abe helped Japan book their place at Poland 2019 as they reached the final four of the AFC U-19 Championship Indonesia 2018, eventually bowing out against eventual winners Saudi Arabia in the semi-final stage.

"It is a great honour to wear the national team jersey," said Abe, a pacey winger who likes to run at defenders. "The national team receives attention throughout Japan and the experience has helped me grow a lot."

From Yasuhito Endo to Hidetoshi Nakata, many Japan icons have represented Samurai Blue at the U-20 World Cup, illustrating how the tournament can help set players on the path to the senior international team. For now, though, Abe’s focus is on Kashima.

"I think players will be able to join their [senior] national team when their club achievements are highly evaluated," said Abe. "I need to focus on playing for Kashima Antlers. Even if I become a [senior] representative of Japan or not, I will keep doing my best for my club."

"What is important is to keep on challenging myself," he continued. "I believe every little step will lead me to the next stage."
Next stop: Poland

The Samurai Blue will begin their Poland 2019 campaign against Ecuador in Bydgoszcz before facing Mexico and Italy – three countries that boast plenty of pedigree on the global stage, according to Abe.

"All three are established World Cup teams," he said. "I am looking forward to playing against Italy because I have had few chances to compete against European teams."

A post shared by Hiroki Abe 安部 裕葵 (@hiroki.abe_official) on Oct 29, 2018 at 1:10am PDT Japan’s finest hour at the FIFA U-20 World Cup came at Nigeria 1999 when Abe was just three months old. A team consisting of Endo, Junichi Inamoto, Shinji Ono and Abe’s former Kashima teammate Mitsuo Ogasawara reached the final before falling to a Xavi-inspired Spain.

Can the class of 2019 go one step further in Poland?

"It is possible to reach first place," replied Abe. "Since Japan finished second in 1999, people have said our U-20s are strong. I will try to win the title for the team and for myself."