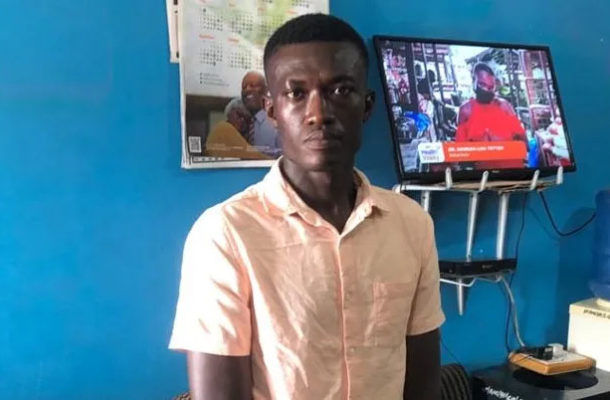 The case of Richard Appiah, the 28-year-old man who killed two boys and kept their body parts in a refrigerator at Alaska, a suburb of Abesim near Sunyani in the Bono Region has been adjourned once again until November 17, 2021.

The magistrate presiding over the case has still not returned from her leave as indicated on the last court date.

The accused person is before the court over the gruesome murder of two young boys whose body parts were found in his refrigerator.

The police had indicated to the court that they were awaiting results of an autopsy conducted on the mortal remains of the two children found in the room of the accused person.

Chief Inspector Lawrence Anane told the court that once they receive the autopsy report, they will conclude their investigations and forward a duplicate docket to Office of the Attorney General for advice.

It is unclear whether the prosecution have been able to obtain a copy of the autopsy report as the case did not come on due the magistrate’s absence.

Richard Appiah, believed to be an architect or surveyor and a footballer, was a friend to the victims who have been identified as 15-year-old Stephen Boateng who was in JHS 2 and the suspect’s own 12-year-old step-brother Louis Agyemang.

He is believed to have been cooking for the victims and showing them some affection, and through that supposed kindness, he was able to lure them and subsequently kill them in turns.

The Abesim ‘cannibal’ is said to be a man who hardly smiles, and per police records, four persons are said to have gone missing in the neighbourhood where he lives.

This led to a heightened suspicion that he could be behind the strange disappearances.

He is said to have initially denied knowledge of the whereabouts of Louis Agyemang, the boy who went missing.

It was a man who lives in the neighbourhood who insisted that the suspect knew the whereabouts of Louis because he had seen the suspect and the victim together on the day the victim went missing.

It was alleged that, Appiah after the dastardly act, brought out his clothing and set it on fire, probably to delete any evidence of the crime.

The police have discovered the intestines of the victims buried on a cocoa farm.

A police statement indicated that, “The Criminal Investigation Department (CID) Headquarters team investigating the Abesim murder case has yesterday, Tuesday, August 24, 2021, discovered a place where suspect Richard Appiah buried the intestines of one of the murder victims.”

The statement, signed by ACP Kwesi Ofori, acting Director-General, Public Affairs, explained further how the police also found a sharp cutlass used in the murder, as well as where the body parts were buried.

“The intestines were buried on a cocoa farm at Abesim, which the police have since exhumed for pathological analysis and forensic examination in Accra,” the statement pointed out.

The investigation team has also worked around a septic tank and other places of concern for further examinations, the statement said.