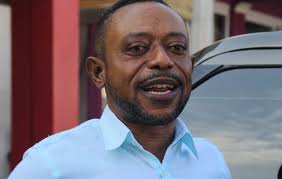 Leader and Founder of the Glorious Word Power Ministries International, Prophet Isaac Owusu Bempah, has made some unconventional statements regarding the upcoming United States (US) elections.

The controversial Prophet has asserted that a decision confirming who should be made the president of the world’s superpower has been made in the spiritual realm.

According to him, the Presidential Candidate of the Democrats, Joe Biden, on the back of a meeting held between Abraham, the president of Paradise – referring to the biblical Abraham – and his people in Paradise, has been made the next president of the US.

The Prophet further noted that despite the decision made by ‘Abraham and his people,’ the final decision lies with God.

“Things have changed spiritually, there is a place in the spiritual world called Paradise where Abraham is president. Abraham and his people in Paradise decide for the world.

“Something has happened in the US elections and Abraham and his people have held a meeting. The outcome of that meeting did not go in Trump’s favour. It’s because Trump’s heart has turned away from God. So Abraham and his people have sent the decision from that meeting to the Watchers (Watchers are unique angels who are sent to carry out duties on earth). The Watchers have sent the decision to the Almighty God. A final meeting is being held over the decision as I speak to you.

“I saw myself at the White House and Trump was sitting on a throne with a big key. The heavens opened and I saw an object descending onto the earth. The object took the key from Trump and Trump went down on his knees begging. It means Trump’s kingship has left him. I have called Archbishop to inform Paula White and other people close to Trump, that his reign is about to end. If he doesn’t change his heart, he will lose. The defeat has come but confirmation will come from the almighty God,”he narrated.

He made the above assertions in an interview on Accra-based Oman FM,